“The UK should do whatever we can to cut the burden of employment regulation," was among the lines quoted at him. 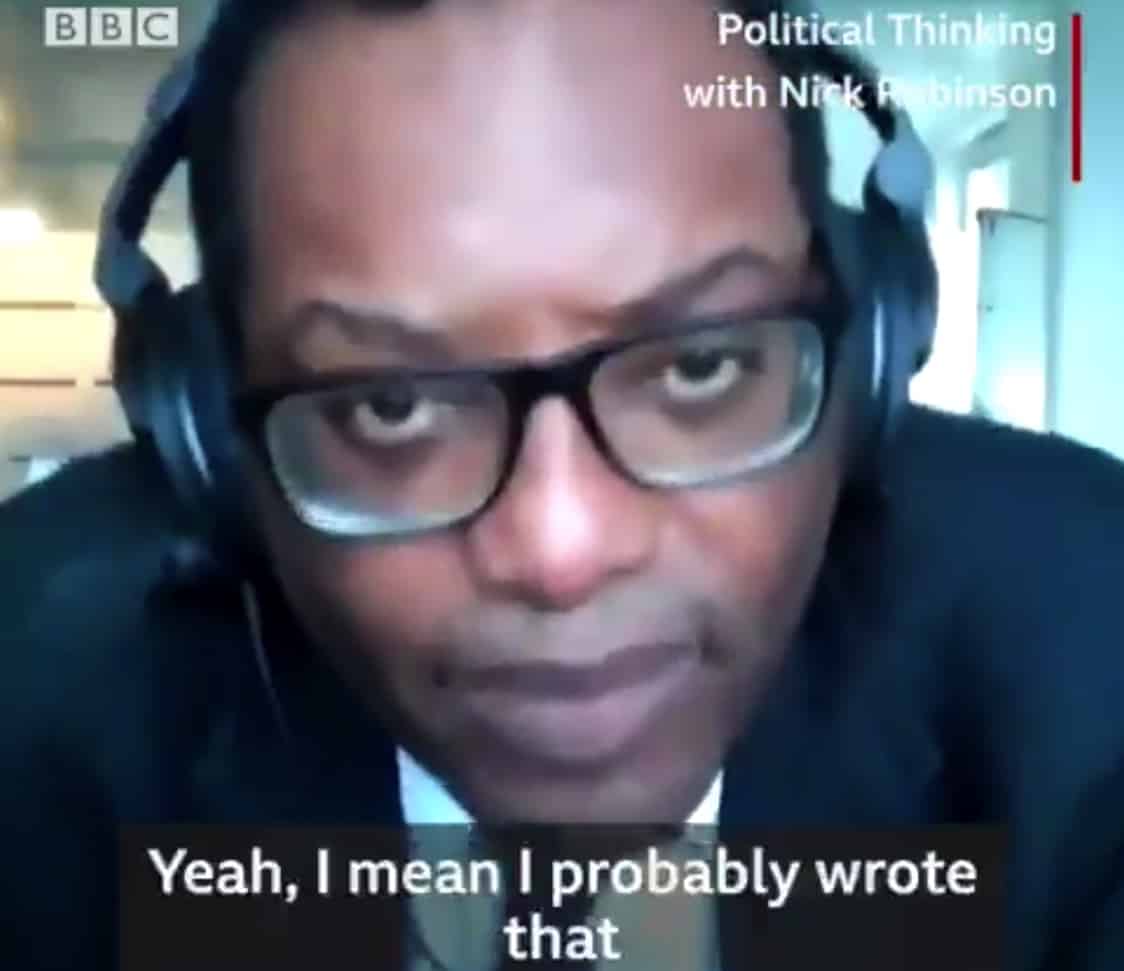 Kwasi Kwarteng was left red faced during a BBC interview after he was forced to defend previously written views on workers’ rights.

The business secretary was pulled up on some old quotes from the book he co-authored called Britannia Unchained, including:

Tweeting the clip his shadow counterpart, Ed Miliband, said he “hopes he does better on the music round”.

Let's hope he does better on the music round? https://t.co/oUZeoErZqN

Yesterday Kwarteng announced he had halted a post-Brexit review of workers’ rights because it was not a “constructive thing to do”.

Mr Kwarteng took over as secretary of state from Alok Sharma, who has beesn appointed full-time president of the UN Cop26 climate conference, three weeks ago.

He told the BBC’s Political Thinking that one of his first major decisions after taking over at the department was to put a stop to the employment review as he did not want Brexit to be about “whittling away workers’ rights”.

There had been reports that the Government was considering using the new freedom to diverge from European Union employment rules, including the working time directive which enshrines a 48-hour week.

But Mr Kwarteng said: “Before I was secretary of state, I think there was work looking at a review.

“I became secretary of state three weeks ago and I’ve stopped it. I don’t think that’s a constructive thing to do.

“I don’t think the opportunities of Brexit are about whittling away workers’ rights or trying to have a race to the bottom or trying to reduce wages.

“On the contrary, a lot of people in my constituency voted for Brexit because of a stagnation of wages.”