She said she will “never stop fighting” for the United Kingdom, declaring: “I will not let people wreck it.” 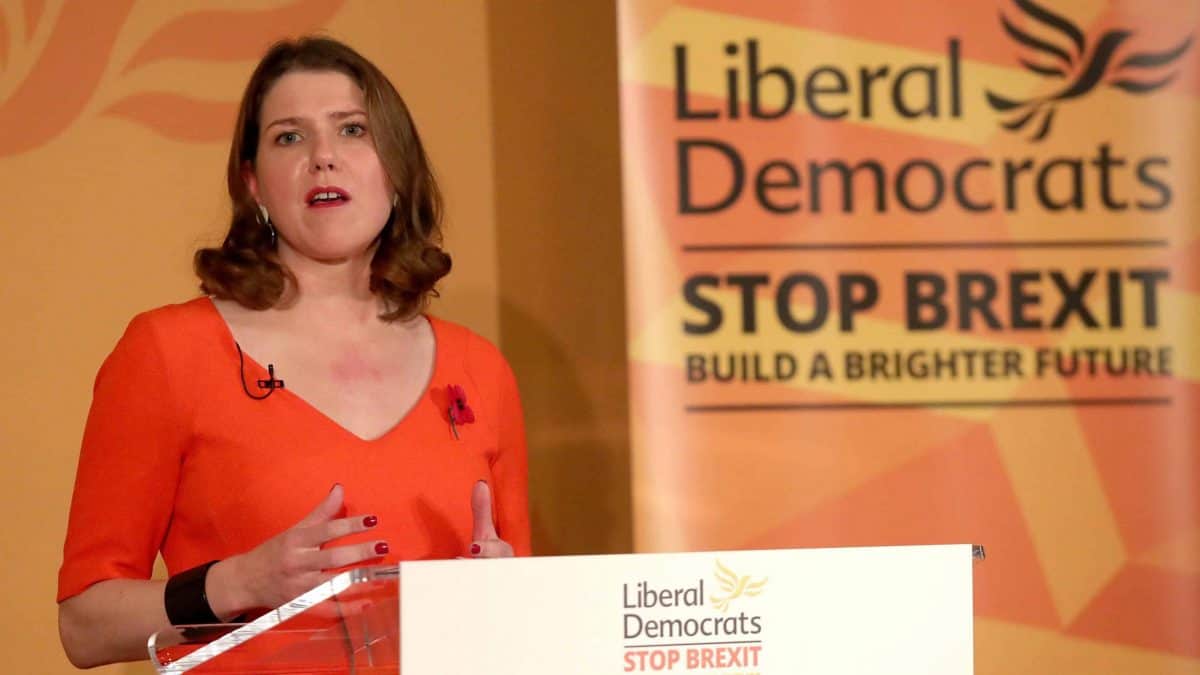 Liberal Democrat leader Jo Swinson said her party will stop Brexit and “build a brighter future” as she set out her plan to become the next prime minister.

Ms Swinson, launching the Lib Dem General Election campaign in Westminster, said “change is possible” and credited her party’s “values” as the reason MPs from other parties have defected to hers.

She said she will “never stop fighting” for the United Kingdom, declaring: “I will not let people wreck it.”

Ms Swinson told gathered supporters and media: “Our country needs us to be more ambitious right now. And we are rising to that challenge.

“Because this choice is about the future of our country for generations to come.”

She said she never thought she would be standing as a candidate for prime minister but said she is “absolutely certain” she would do a better job than Boris Johnson and Jeremy Corbyn.

We will stop Brexit

Ms Swinson said Mr Johnson is “modelling himself” on US president Donald Trump, while Mr Corbyn “will not give you a straight answer” on Brexit.

“We, Liberal Democrats, will stop Brexit,” she promised.

Ms Swinson said staying in the EU would produce a £50 billion “Remain bonus” that could be spent on public services.

“Any type of Brexit will damage our economy, will cost jobs and starve our public services of the resources that they need.

“So we know that that Remain bonus will be £50 billion that we can spend on our public services, investing in our schools and in the welfare system to help the poorest in our society.

“So every vote for the Liberal Democrats is a vote to stop Brexit and invest that £50 billion in our public services.”

The party has said scrapping Brexit will generate billions for public finances because they say remaining in the European Union will mean the economy will grow faster than under Brexit, and will lead to higher GDP.

She said the election could be a moment of “seismic change” where a “new and different” politics could emerge.

“Change is possible and you get to choose,” she told the audience.

Ms Swinson thanked Sky for proposing a TV debate between her, Mr Corbyn and Mr Johnson, after she vowed to take legal action if ITV does not change its format and include her in its planned head to head between the Labour leader and Tory leader.