Peter Stefanovic has dubbed the legislation an " outrageous con to rob millions of workers of their democratic right to strike". 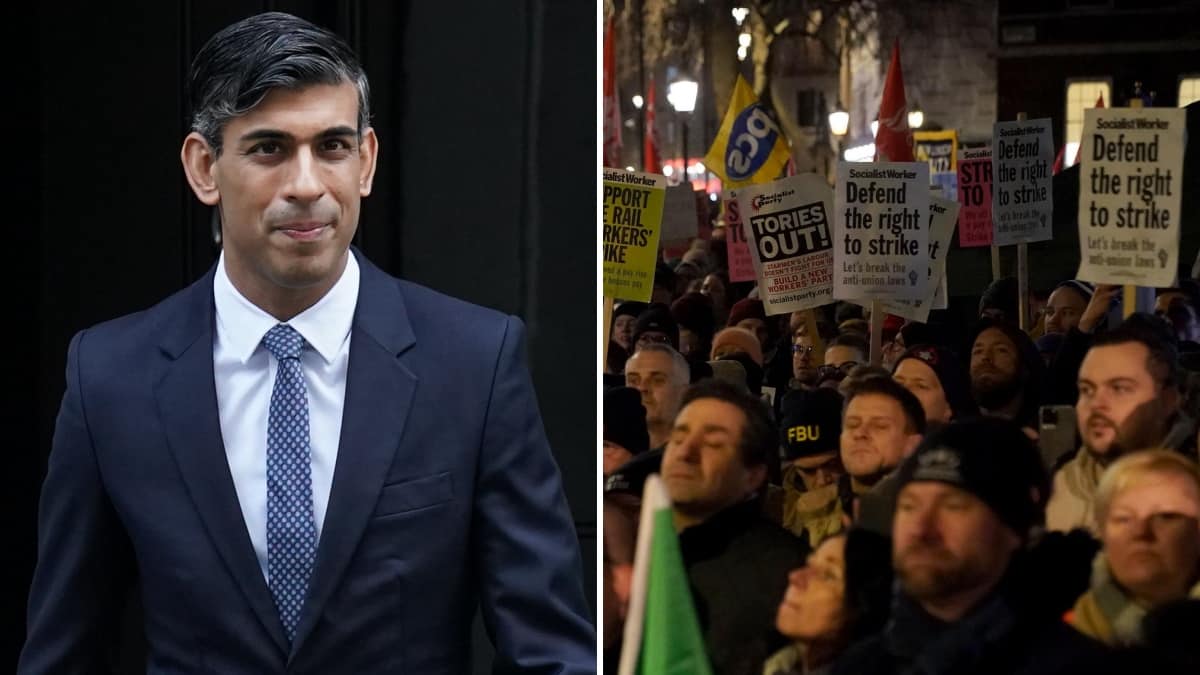 Thousands of protesters braved sub-zero temperatures to demonstrate outside Downing Street against a controversial new Bill restricting the right to strike.

Mick Lynch, leader of the Rail, Maritime and Transport (RMT) union, and a number of Labour backbenchers and the SNP’s Westminster leader Stephen Flynn were among those gathered on Monday evening.

Members of the Public and Commercial Services (PCS) union and Unison were also present at the demonstration, which coincided with the second reading of the Strikes (Minimum Service Levels) Bill in Parliament.

The legislation would see the right to strike restricted by imposing minimum service levels.

Bosses would be legally able to fire employees who ignore a notice requiring them to work on days of industrial action.

Prime minister Rishi Sunak has claimed the legislation is “in common with countries like France, Italy and Spain”, but according to Peter Stefanovic that is not true.