The president is reportedly looking for a place to hide when Joe Biden gets sworn in on 20th January. 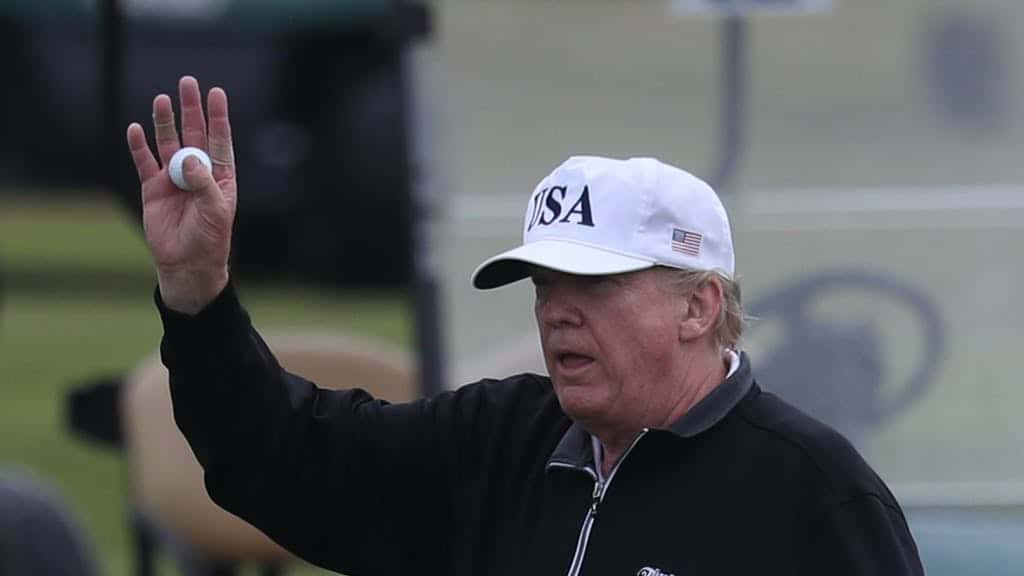 According to reports in the Sunday Post the Republican is considering travelling to his Turnberry golf resort to avoid his Democrat rival being sworn into office.

Prestwick Airport has been told to expect the arrival of a US military Boeing 757 aircraft previously used by Mr Trump on 19 January.

But the First Minister has fired early warning shots for him to stay away.

Asked about the speculative reports Ms Sturgeon said: “I have no idea what Donald Trump’s travel plans are, you’ll be glad to know.

“I hope and expect that – as everybody expects, not everybody necessarily will hope – that the travel plan immediately that he has is to exit the White House.

“But beyond that I don’t know.

“We are not allowing people to come in to Scotland without an essential purpose right now and that would apply to him, just as it applies to anybody else.

“Coming to play golf is not what I would consider to be an essential purpose.”