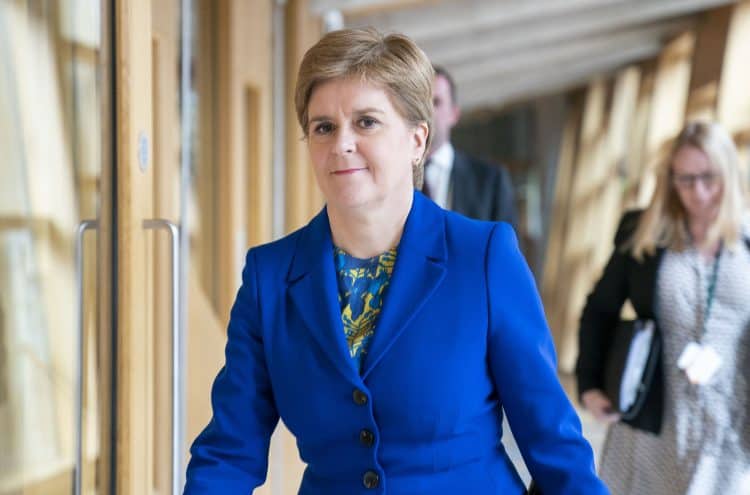 Nicola Sturgeon has said the UK economy was “better off” when the Prime Minister was “missing in action” following Liz Truss’s defence of her Government’s mini-budget.

Ms Truss participated in a round of interviews with eight local radio stations in England and reiterated her support for the plans.

It follows Chancellor Kwasi Kwarteng’s mini-budget last week in which he announced plans to scrap the top rate of income tax and cut the basic rate to drive economic growth.

But the pound has tumbled to its lowest ever record against the dollar following the announcement and the International Monetary Fund (IMF) has condemned the proposals.

Scotland’s First Minister launched a scathing attack on Ms Truss’s interviews when asked at First Minister’s Questions (FMQs) whether she believed the proposals would exacerbate the cost-of-living pressures.

She said: “I was, as many, many people were yesterday, critical of the fact that the Prime Minister was missing in action.

“But having heard her this morning and watched the market reaction as she spoke, perhaps we were all better off when the Prime Minister was missing in action than when she was actually out talking about the disaster she has inflicted on this country.”

Ms Sturgeon echoed calls for Ms Truss and Mr Kwarteng to reverse the “abhorrent policies” which were increasing people’s fears about their finances.

She said: “People are terrified about the cost of living, about their mortgages, about the ability to heat their homes, about the security of their pensions.

“And all of that has come from a UK Government decision to borrow vast amounts of money to give enormous tax cuts to the very richest in our society.

“It is morally abhorrent and economically disastrous. I would call today in all sincerity, if they do nothing else, then the UK Government should reverse the decision to abolish the top rate of tax and at least give some signal of common sense returning to their approach of economic policy.”

Defending her Government’s policies, Ms Truss told BBC Radio Leeds she was prepared to take “controversial and difficult” decisions to get the economy moving.

The Prime Minister faced scrutiny over the cost-of-living crisis while cutting taxes for the highest earners.

She said: “We had to take urgent action to get our economy growing, get Britain moving and also deal with inflation.

“Of course, that means taking controversial and difficult decisions, but I am prepared to do that as Prime Minister because what is important to me is that we get our economy moving, we make sure that people are able to get through this winter and we are prepared to do what it takes to make that happen.”

Related: PM ‘acting like a bull in a china shop’ – financial experts say