“I don’t buy into this argument that character just doesn’t matter," he said, adding that in the end "integrity, honesty and accountability" will out. 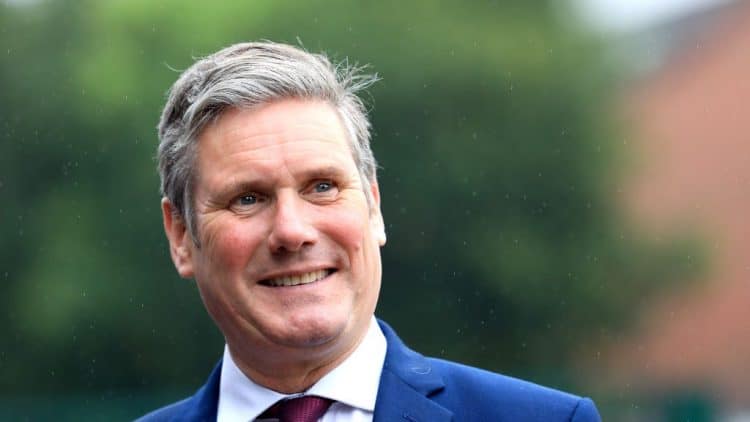 Sir Keir Starmer said the “road will run out” for Boris Johnson as the British public believe in “integrity, honesty and accountability”.

The Labour leader hinted that he would be open to the prospect of anti-Tory alliances with other parties ahead of the next general election as he took direct aim at the prime minister’s character.

He claimed Mr Johnson had been “lucky” due to the pandemic, with the Government able to address fears over the virus and job security through the vaccine programme and the furlough scheme.

But with most people now jabbed and the furlough scheme winding down, Sir Keir told ITV’s Calling Peston podcast that the public’s attention would turn to other aspects of the prime minister’s record.

There was “government by soundbite” and “mounting promises that are just broken” on issues including the Northern Ireland Protocol, the size of the army, overseas aid, tax and social care.

“I don’t buy into this argument that character just doesn’t matter. I do think that in the end integrity, honesty and accountability do matter and I think there will come a point at which the road will run out for Johnson on this.”

Asked about the prospect of pre-election coalitions, which could maximise the chances of ousting Conservative MPs, Sir Keir said: “There’s a majority, broadly, against the Tories in the country and obviously we’ll have to see how we go into the next general election.”

But he said Labour was “rebuilding our party, putting out our arguments and going hell for leather for that election”, which he expects in May 2023.

The Labour leader, an Arsenal fan, praised England football manager Gareth Southgate for showing “far more leadership than the PM” and joked that he would have pundit Gary Neville in his shadow cabinet as “he’s been very critical, rightly, of the prime minister”.

Sir Keir also took a swipe at Mr Johnson’s appearances supporting England, saying: “I’ve been an England fan all my life and I don’t wear my shirt over my shirt and tie because real fans never do that – it’s just a no-go area.”