By Joe Thorpe South Africa is renowned for its high crime rates. Tell a friend you are heading out to the ‘Rainbow Nation’ and they’ll tell you to keep a hand on your bag at all times. Much of the media hype surrounding the violent crimes is inflated and over-stated, however there is at times […] 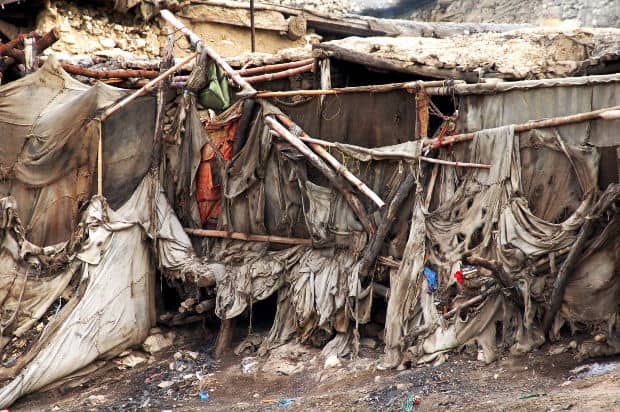 South Africa is renowned for its high crime rates. Tell a friend you are heading out to the ‘Rainbow Nation’ and they’ll tell you to keep a hand on your bag at all times. Much of the media hype surrounding the violent crimes is inflated and over-stated, however there is at times an air of aggression, thinly veiled, and when media storms like the one surrounding Oscar Pistorius and his murder trial, South Africa seems to live up to this hype. In the three months I have spent living there I have gained an interesting perspective, one of hopeful progress, halting reform and also crippling corruption.

With a strong 62.15 per cent of the vote, the ANC is still a clear favourite in 2015. But as anyone living in the country will tell you, everything is not fine. A shiny new bus service ferries tourists and sightseers to all corners of Cape Town, but rolling power-cuts still plague the city for hours every few days. A strong and well-designed road system promises good transport links, but with drink driving claiming 8,477 lives from January to July 2014, the smooth tarmac can be a scary place.

The current leader of the ANC and President of South Africa, Jacob Zuma, is accused of funnelling government money into upgrades for his personal house (amongst a host of rape and corruption charges). A man who sung popular song “Lethu Mshini Wami” (Bring me my machine gun) outside the court room with ANC supporters at his rape trial in 2005. A man who when asked about his opinion of Robert Mugabe said “…The people love him. So how can we condemn him?” and who believes that a good shower will protect a person from contracting HIV after a sexual encounter. Not exactly an exemplary role model for a nation so in need of just that.

These are the very brief highlights of the problems plaguing this promising country that seems to have missed its chance. When Zuma urged the ANC to be “upright and transparent in so far as the use of public funds is concerned” he highlighted the problem with current day South Africa. It is a nation of hypocrisy and rug sweeping. The callous and crass nature that problems are dealt with is breathtaking. In 2000 two leading ANC members were on air discussing crime issues and said that the statistics that show someone is raped every 26 seconds were exaggerated. One commented “We’ve been standing here for 26 seconds and nobody has been raped”. Whether it is sheer denial or an attempt to improve South Africa’s PR, who can tell. Deal with anyone from a governmental department dealing in paperwork and processes and you quickly get the sense that there is no internal communication and in fact no processes.

If the most senior government official (Zuma) having clouds of corruption allegations hanging over his head was not enough, the issues run even deeper. Former Secretary General Motlanthe said in 2007 “This rot is across the board. It’s not confined to any level or any area of the country. Almost every project is conceived because it offers opportunities for certain people to make money”.

Tenderpreneurism is a new phrase has come into use that well describes one of the key issues facing this economy and its supporting people. Many of the most lucrative government contracts and business deals are assigned due to personal relationships. Price, quality and ability to deliver rarely comes into the frame and so everyone suffers but the rich elite for whom a relationship with a senior minister is all it takes to run a successful business. Ranked 67/175 countries in the Transparency International Corruption Perceptions Index, South Africa sits next to Brazil in terms of perceived corruption, not something they would be proud of. The same study shows that 45 per cent of the population feel the government efforts to combat this issue are ineffective, and 62 per cent feel that corruption increased between 2007 and 2010.

Whilst there are severe corruption issues dragging the business world into a pit of inefficiencies, the problem is not limited to the corporate world. Black Economic Empowerment, the government programme that aimed to redress the balance after apartheid ended has been a major source of despair and rot. A positive project at first glance, however, what was meant to be a way to create more jobs for the under-privileged, has turned into a racist system whereby one must be black to get a job. The best, smartest, most qualified candidate doesn’t get the job, the person closest to what an employer thinks is racially deserving does. An extremely inefficient system that replaced the National Party’s racism with a less functioning version of its own. The programme set out to “Substantially transfer and confer ownership, management and control of South Africa’s financial and economic resources to the majority of the citizens”. However it seems to have only succeeded in alienating the poor majority to the benefit of very few.

Not that it’s a quietly kept secret. Many internationally known names have noted the issues. In 2004 Archbishop Desmond Tutu commented “What is black empowerment when it seems to benefit not the vast majority but an elite that tends to be recycled”

In 2010 South African Communist Party leader Blade Nzimande commented “let’s be bold, let’s go and promote small entrepreneurs and defeat tenderpreneurs, those who steal”. This sort of comment gives one a little hope. Whilst the majority of citizens don’t think anyone in government are doing anything about corruption, there is a mounting pressure from many of the opposition parties in the country. The popular Democratic Alliance (who run Cape Town) are outspoken critics of the ANC’s reforms, as are the Communist party mentioned above.

And so South Africa, a country on the verge of transformation, ready to join the world as a safe and steady power in Africa seems to be tumbling into petty, vice ridden autocracy that benefits very few and exacerbates the issues of the many. Is it time for a new saviour?