Opinion is split 50/50 on a second independence referendum. 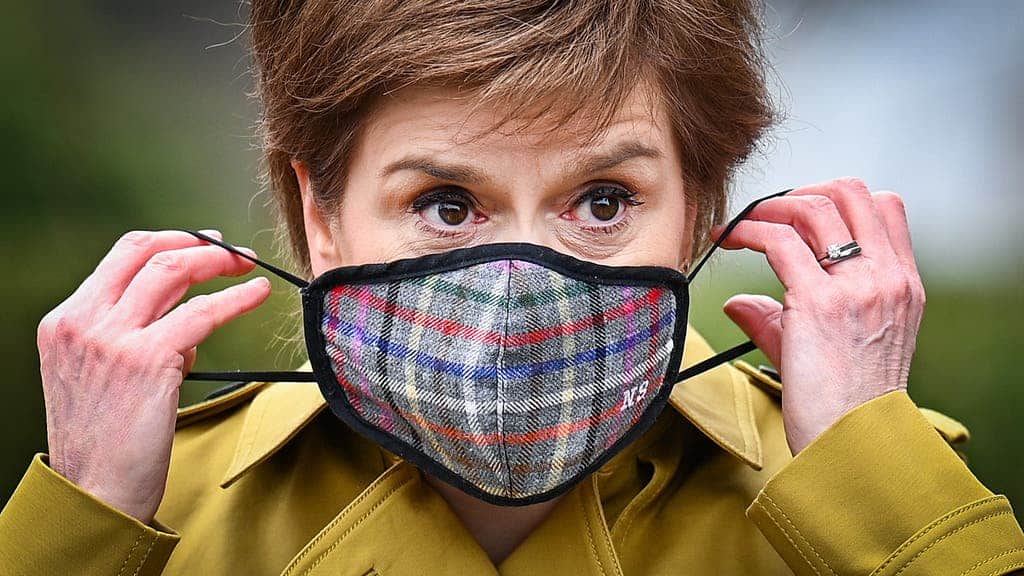 As Scotland heads to the polls this week, the latest voting intention reveals support for the SNP has slightly declined, meaning it is too close to call whether the SNP will be able to get an outright majority in Thursday’s vote.

In the constituencies vote, the SNP is down 2 points since the last poll in April to 51 per cent, while both the Conservatives and Labour made gains (23 per cent (+2) and 19 per cent (+1) respectively).

Using a uniform swing calculator, a crude method to predict the number of seats using the percentage share of the vote, this would mean that the SNP would have a majority of just 5, down from 13 last month. But margins are tight. This latest polling puts SNP seats down to 67 (from 71 in April), while the Tories take 29 seats (up from 27), Labour with 20, the Greens taking 8, and the Lib Dems would have 5.

In the favourability ratings Sturgeon has seen a noticeable fall but remains as the most popular leader with a net approval rating of +17, down from +23 last month. Sarwar has continued to see a boost in his numbers, with a net favourability of +13, up from +10 in April, and -3 in March.

Further, while Ross also seems to have recovered a little (net of -26, up from -31), Salmond languishes with a net approval rating of -70.

Chris Curtis, Senior Research Manager at Opinium, comments: “The campaign finishes much where it started, with razor thin margins set to decide whether Nicola Sturgeon can govern alone, or will need the backing of other pro-independence parties.”

“But despite that fact, our latest polling shows the Scottish public are not necessarily keen on another Scottish Independence referendum. Even if she does win a majority, just 43 per cent think there should be one in the next five years, compared to 50 per cent who think there shouldn’t. We have also seen Labour voters harden in their view over the campaign, with just 24 per cent willing to back one in those circumstances.”

“Regardless, Sturgeon will argue that a good result this week gives her the mandate to put the question back to the Scottish people, demonstrating just how important this week’s vote will be for the future of the Union.”