A petition to deny Blair his knighthood has already soared past half a million signatures. 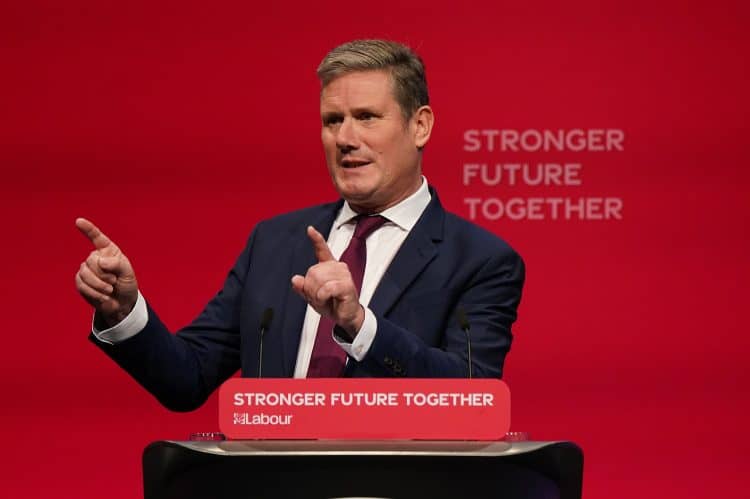 Sir Keir Starmer has thrown his support behind Tony Blair after a petition to strip the former Labour prime minister of his knighthood surpassed 500,000 signatures.

The Labour leader said it was far from a “thorny” issue – and defended Sir Tony’s inclusion on the New Year’s honours list.

“I don’t think it’s thorny at all – I think he deserves the honour,” he told ITV’s Good Morning Britain. “Obviously I respect the fact that people have different views.”

‘He vastly improved our country’

Sir Keir said: “He won three elections, he was a very successful prime minister. I haven’t got time to list this morning all his many achievements, which I think vastly improved our country.”

He added: “Whether it’s minimum wage, Sure Start centres for young families … The one I would pick out is the work he has done in Northern Ireland and the peace process, and the huge change that has made.”

Questioned about the strength of ire towards Blair over his government’s invasion of Iraq, Starmer said: “I understand there are strong views on the Iraq war, there were back at the time and there still are.”

“But that does not detract from the fact that Tony Blair was a very successful prime minister of this country and made a huge difference to the lives of millions of people in this country.”

The Change.org petition had garnered more than 537,000 signatures by Tuesday morning, just three days after the former Labour prime minister was appointed a Knight Companion of the Most Noble Order of the Garter.

A statement on the petition read: “Tony Blair caused irreparable damage to both the constitution of the United Kingdom and to the very fabric of the nation’s society. He was personally responsible for causing the death of countless innocent, civilian lives and servicemen in various conflicts.”

Asked about Sir Tony’s knighthood on Tuesday, Conservative minister Maggie Throup said Blair “did lots of good things – and I think it’s right that we do honour our previous prime ministers”.