The government canned its wrecking amendment on a Partygate probe just minutes before MPs started their debate. 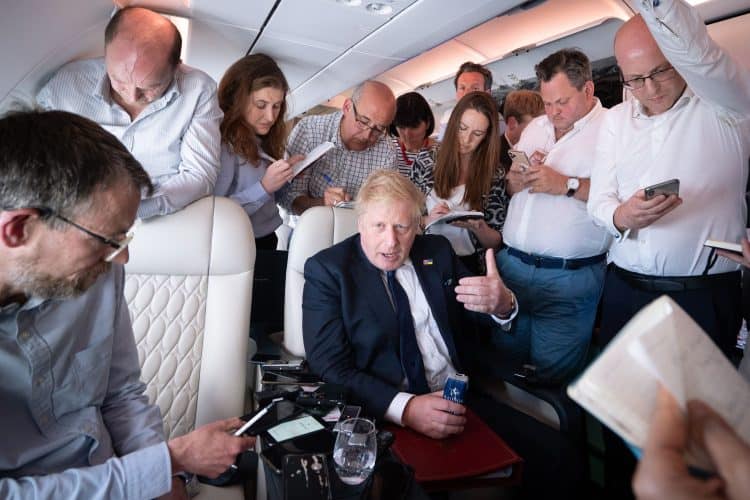 Downing Street has dramatically dropped an amendment to force Tory MPs to delay an inquiry into whether Boris Johnson misled Parliament – just minutes before a debate was due to begin.

Amid growing anger from Conservative MPs, Mark Spencer – the Commons leader – said that MPs would be given a free vote on the motion to refer Johnson to the privileges committee, which has the power to demand documents and photographs of alleged lockdown breaches.

It comes after, last night, the government proposed an amendment which would have delayed the decision to refer Johnson to the committee until after the Metropolitan Police had finished its investigation and a report by civil servant Sue Gray was published.

But MPs will now vote for the Labour motion and, if passed, Johnson could soon find himself under parliamentary investigation.

‘Will of the House’

A senior government source told the BBC that Johnson has “always been clear that he’s happy to face whatever inquiries Parliament sees fit and is happy for the House to decide how it wishes to proceed today”.

They added: “We tabled an amendment last night because we wanted to be explicit about ensuring Sue Gray is able to complete and publish her report without any further delay, as well as allow the Metropolitan Police to conclude their investigations.

“We now recognise that – in practice – this is almost certainly likely to be the case and therefore we are happy for the Labour motion to go through if that is the will of the House.”

Angela Rayner, Labour’s deputy leader, said the U-turn is “humiliating” for Tory MPs who were “being pressured to vote for the government’s cover up amendment”.

She added that ministers knew they could not win, adding that Johnson is “bang to rights”.

“Tory MPs should do the right thing, respect the sacrifices that their constituents made during the pandemic, and vote in the national interest,” she said.

It is a stark U-turn as, just hours earlier, Johnson defended his government’s effort to delay any parliamentary investigation into claims he lied to MPs about the Partygate scandal.

Speaking to reporters on a trade trip to India, he said MPs should have the “full facts” before deciding whether a Commons committee should look into allegation that he misled the House with his denials about Downing Street parties during the coronavirus lockdown.

Johnson denied misleading MPs but said the Commons should wait for the conclusion of the police investigation and the publication of senior official Sue Gray’s report into the parties before deciding whether the privileges committee should launch an inquiry.

‘Voting for a cover-up’

Tory MPs had initially been ordered to back a government amendment which would defer any decision on referring the matter to the committee until after the conclusion of the Met Police inquiry.

But in a late U-turn shortly before the debate began, Spencer said there would be a free vote for Tory MPs – and indicated the amendment would not be pushed.

It follows speculation at Westminster that some Tory MPs were not prepared to back the government’s attempt to kick the issue into the long grass.

Asked on the first day of his trade mission to India whether he knowingly or unknowingly misled Parliament, Johnson said: “Of course not.”

He told reporters: “I’m very keen for every possible form of scrutiny and the House of Commons can do whatever it wants to do.

“But all I would say is I don’t think that should happen until the investigation is completed.”

A Labour source said any Conservative supporting the government amendment would be “voting for a cover-up”.