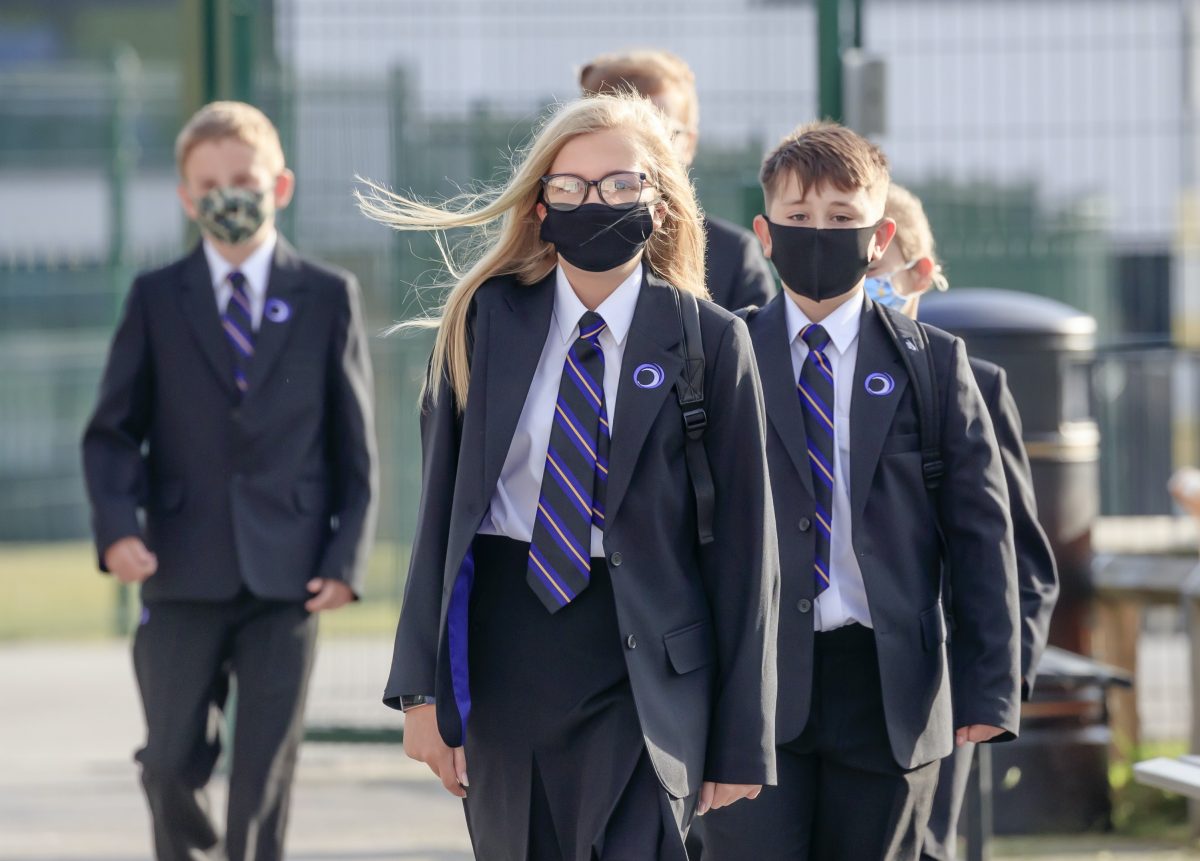 Northern pupils will be severely disadvantaged if the Government does not cancel exams next summer, a think-tank suggested, as it emerged that the majority of secondary schools have pupils self-isolating at home.

The Northern Powerhouse Partnership, a think-tank, has now called for coursework to be used to assess GCSE and A-Level results this summer instead of exams.

Head of policy for the partnership Sarah Mulholland said: “The Northern Powerhouse Partnership remains very concerned that students across the north are at a disadvantage if the Department for Education opts to go ahead with GCSE and A-Level exams next summer.

“Northern students are the ones currently being impacted negatively by high infection rates and self-isolation.”

“Currently, the north has some local authorities with attendance rates for secondary schools as low as 61% whereas a number of southern local authorities are close to the usual national average of 95%,” she continued.

“We appreciate the Government’s desire to try and keep things as normal as possible but this is now not possible in many northern communities.

“We urge the Government to commit to continuous assessment as it is a fairer alternative to the proposed examination plan. It would also reduce the risk of a similar fiasco such as we saw this summer.

“Assessing children this way, if it is planned in advance, may in fact be more rigorous than what is proposed if plans were to have to change at short notice.”

The intervention comes as Government statistics showed that a vast majority of secondary schools in England sent home at least one pupil because of Covid-19 last week.

Between 6 per cent and 7 per cent of state school pupils did not attend class for coronavirus-related reasons on October 22, according to the Department for Education statistics.

Approximately 26% of schools, excluding those on half-term, said they had one or more pupils self-isolating due to potential contact with a Covid-19 case at school, compared with 21% the week before – totalling 55 per cent of secondary schools and 20 per cent of primary schools.

“In this turbulent context, it is crucial that schools are able to provide disadvantaged pupils with laptops so they can work from home if they have to self-isolate and do not have access to these devices.

“However, it is very clear that the Government has completely underestimated the number of laptops that are needed.

“Our impression is that the Government has never fully grasped the scale of the challenge both in terms of the numbers of devices that are needed and over ensuring that families have the connectivity they require.

Dr Mary Bousted, joint general secretary of the National Education Union (NEU), said: “The latest figures on school absence add to an ever-more compelling argument that Government needs to be vastly more assertive in its efforts to futureproof schools against the effects of Covid outbreaks.

“They are shocking numbers.”

A DfE spokeswoman said: “Over 99% of schools have been open every week since term began and millions of pupils were attending last week, benefiting from time with their friends and teachers.

“As we would expect, some pupils are self-isolating in line with public health advice but the average size of those groups is relatively small compared to the total number of pupils on roll.

“Remote education should be provided from the first full school day that a child has to remain at home to ensure they do not fall behind.”