Clubs were closed in Scotland - so revellers crossed the border to celebrate New Year's Eve. 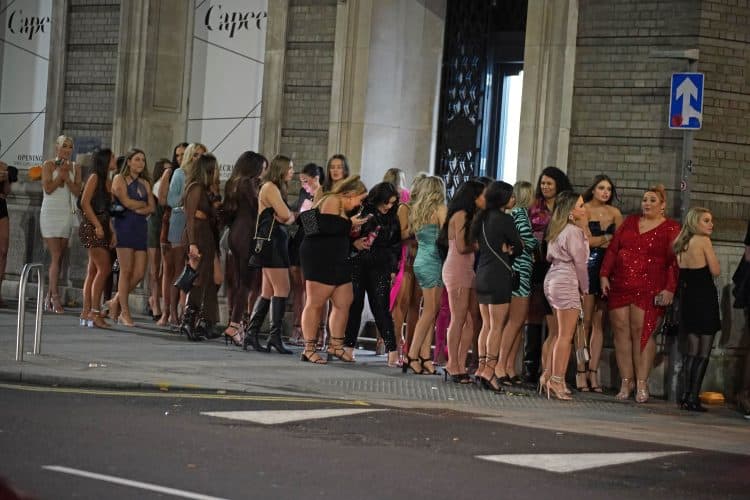 Scots were urged to stay at home to avoid spreading the Omicron variant – but that didn’t stop revellers flocking to English cities to celebrate on New Year’s Eve.

John Swinney, Scotland’s deputy first minister, had warned that travelling across the border to get round the closure of all nightclubs in Scotland would be the “wrong course of action”.

“People are free to take those decisions, but I would discourage them from doing so,” he said on BBC Breakfast on Wednesday.

“I think it is the wrong course of action for people to take because we have a serious situation we have got to manage and we encourage everybody to play their part in addressing that.”

But, even as pictures showed empty pubs and quiet streets in Glasgow and Edinburgh, thousands of Scots are believed to have headed south to cities like Newcastle.

According to MailOnline, pubs were filled with Scottish “Covid refugees” who declared themselves “fed up” with tough rules north of the border.

Dylan Neill and Alex Cairns, both 18, told the newspaper they had travelled from Fife with a group of friends.

“We can’t go out properly back home so we’ve come to Newcastle for a night out. It’s something different,” Dylan said.

“It’s not ideal having these restrictions in place at New Year. If we’d stayed in Scotland we might have ended up sitting at somebody’s house. Now we’ve come here we’ll be able to go out properly.”

Alex added: “We’re fed up now with the rules at our local. Everyone in Newcastle would be fed up with it too if they were in place here.”

One 18-year-old woman told MailOnline she was a carer – but had driven to Newcastle from Glasgow to enjoy the festivities.

She said: “It would have been terrible if we’d stayed in Glasgow.

“The rules are understandable because Covid is rife in Scotland. But we still want to have fun. I’ve had Covid and I was ill with it, so I know why people are scared.

“But at the end of the day we are teenagers. We have not had a life for the past two years. This night out means so much to me. We’ve just been stuck in.

“We’ve had a lot of fun so far. It’s not even cost that much to get here so it’s definitely worth it.”