"I don’t want to look at this stuff." 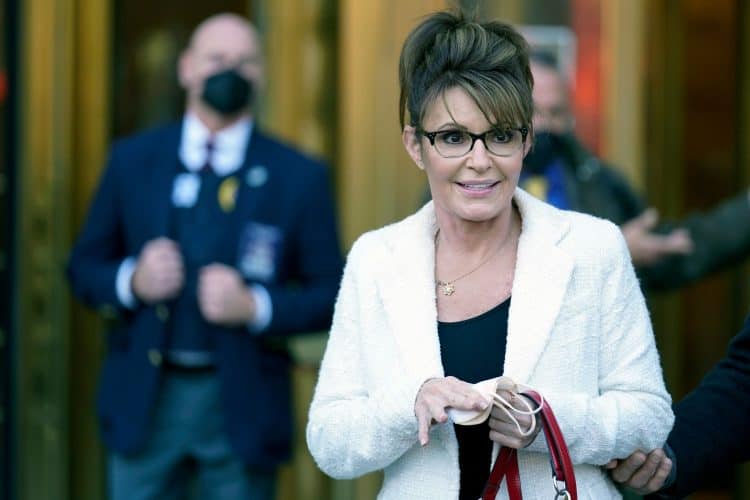 Sarah Palin’s meeting with local leaders from Alaska was unexpectedly interrupted this week.

The former governor, who was the 2008 Republican vice presidential nominee alongside John McCain, was speaking in a forum held by the Native Peoples Action, an organised formed by indigenous people in Alaska, when the screen was taken over by a drawing of a giant penis.

The crude drawing featured penis and testicles with a small person below the huge genitalia.

Palin stopped in her tracks before exclaiming: “Somebody is messing with us.”

One of the other participants on the call adds: “We’re getting Zoom-bombed,” to which Palin says “Well, I don’t want to look at this stuff.”

Thankfully for Palin, the graphic drawing was soon removed and then someone on the call apologised. Palin assured them that it wasn’t their fault: “It’s not your fault. It’s people who are not respecting the process.”

It has since been reported that the ‘Zoom-bombing’ was done by a prankster named James Anderson, who was identified and quickly removed from the call.

‘Zoom-bombing’ was highly prevalent at the start of the Covid pandemic in 2020 with numerous people and groups being taunted on the calls by anonymous pranksters who were able to gain access to the calls.