Labour said it "beggars belief" that the committee had been "stood down" while Covid cases are surging. 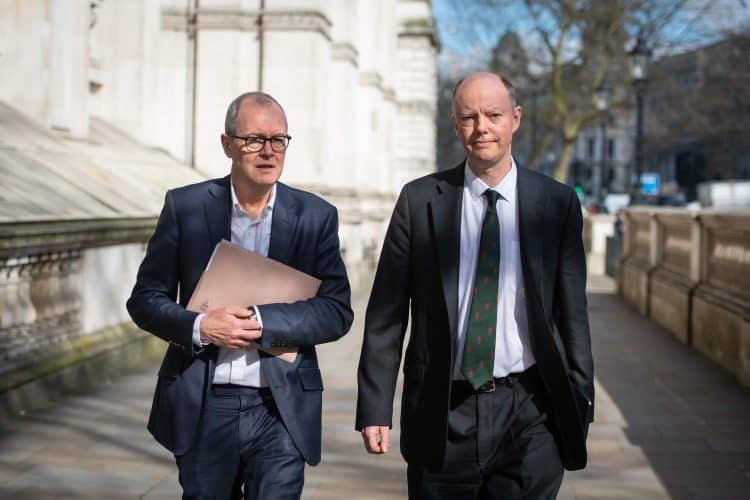 Sage, the government’s scientific advisory body, is meeting just once a month despite the surge in Covid cases in the UK and fears over a deadly fourth wave.

The committee of scientists, which has provided the Cabinet with advice since the start of the pandemic, had been meeting weekly – but has met just three times since July due to “lessened demand” for ministers, the i newspaper reported.

A further 223 deaths from Covid-19 were announced on Tuesday – the highest figure since March – while daily cases have surpassed 40,000 for the past six days.

Labour said it “beggars belief” that the key source of scientific advice for ministers had been “effectively stood down”.

Time for Plan B?

Boris Johnson is resisting calls from a health chief to immediately reimpose some coronavirus restrictions to prevent a winter NHS crisis.

Cabinet minister Kwasi Kwarteng said on Wednesday that it is not time to introduce “Plan B”, which could see requirements to wear face masks and the compulsory use of vaccine passports to enter England’s nightclubs and other crowded venues.

But Matthew Taylor, chief executive of the NHS Confederation which represents health bodies, warned “we risk stumbling into a winter crisis” unless measures are introduced now.

England’s autumn and winter coronavirus strategy includes “Plan B” as a contingency measure if the NHS comes under unsustainable pressure.

That could include legally mandating face coverings in some settings, introducing mandatory vaccine-only Covid-status certification and asking people to work from home.

A Whitehall source told the i that the “meeting rhythm” of Sage was determined by a mixture of “government demand for scientific advice on particular issues” and the “emergence of new evidence”.

There was now a “reducing tempo given the lessened demand for science advice as our understanding of key science questions improves, the epidemic evolves and capabilities within government increases,” they added.

Shadow health secretary Jonathan Ashworth said: “This week we have seen infections at around 50,000 a day, warnings of waning vaccination and a faltering jabs programme which when combined with fear over flu should be taken as flashing warning lights for ministers.

“Learning to live with the virus is not the same as pretending the virus doesn’t exist. To hear that Sage has effectively been stood down beggars belief.”

Dr Stephen Griffin, virologist at Leeds University, added: “It was only last week that we saw parliamentary committees criticise government for complacency and a failure to act quickly enough to prevent the UK epidemic getting out of control.

“Now we hear that they are only convening Sage once per month during a time at which cases are climbing, hospitalisations remain high, and we have recorded the most deaths since March.

“Moreover, it is possibly even more worrying that the government has failed to act upon Sage advice from its 95th meeting in September, advising the government to act early to prevent cases climbing in schools. The parallels with 2020 are deeply troubling and will ultimately cost the British public dear.”