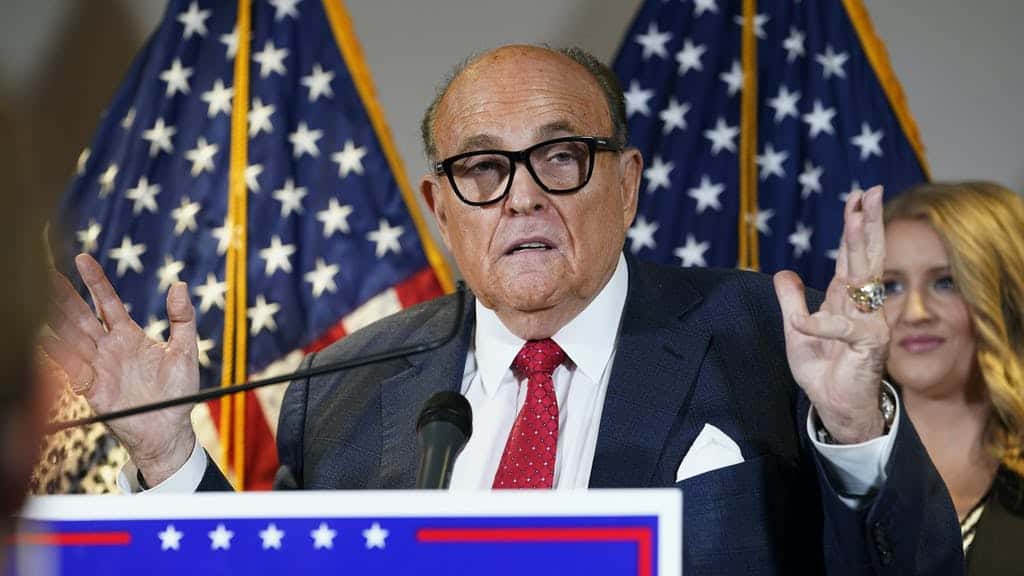 Rudy Giuliani says Donald Trump will use the FBI to exert revenge of Joe Biden if he gets elected in 2024.

The former Republican president had his Mar-a-Lago estate raided by the Feds this week as part of a probe into whether he took classified records when he left the White House.

It provoked a furious response from the controversial politician and businessman, who wrote on Truth Social: “My great company, and myself, are being attacked from all sides.

Rudy Giuliani has predicted that if Trump returns to the White House after the 2024 election, he’ll use the FBI to get back at Biden, claiming it’d be fair play after what Giuliani said was a politically motivated raid to hurt Trump’s political future.

“If Trump gets elected [president], the first thing he’ll do is raid every one of Biden’s houses,” he said.

Giuliani made the comment after warning the raid marked the start of a new era of presidents using the government to persecute their political opponents.

“All of a sudden, you’re the first president of the United States who introduced the banana-republic process of prosecuting your predecessor. We’ve avoided it for 240 years. Trump didn’t do it to Hillary. Ford didn’t do it,” he said.

But Giuliani must have a short memory.

Trump spent his four years as president attempting to weaponize the government to hurt his political adversaries.

His first impeachment came because he withheld military aid from Ukraine to pressure them to dig up dirt on Joe Biden’s son Hunter (a scheme that, as the impeachment investigation showed, Giuliani was directly involved in).

Hardcore anti-vaxxers may ‘need deradicalising like terrorists’ it is claimed