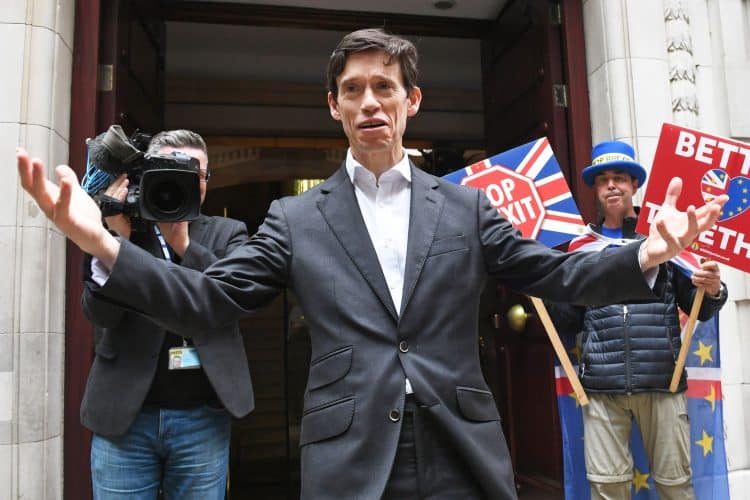 Boris Johnson is “the best liar we’ve ever had as prime minister”, according to former Tory MP and leadership contender Rory Stewart.

The prime minister is battling against a wave of allegations about lockdown-busting parties in Downing Street, and a brewing scandal over the evacuation of Afghan animals during the Taliban takeover of Kabul last August.

“There’s huge evidence, Boris Johnson lies all the time, you can document hundreds of lies so I don’t think we’re waiting for the Sue Gray report to find out whether he lies,” he said.

“He’s probably the best liar we’ve ever had as a prime minister. He knows a hundred different ways to lie.”

Having served as international development under Theresa May, Stewart made an unsuccessful bid for the Conservative leadership.

He resigned from the party and stood down as an MP at the 2019 general election.

Speaking to GMB about his ill-fated leadership campaign, Stewart recalled that he would tell voters that Johnson was completely incapable of focusing on detail, that he will be a terrible prime minister”.

But, he added: “The answer was always, ‘yes, but he can win, he’s very popular’.

“And I think the time has come in British politics to reconsider that and accept that maybe there are things that matter apart from your ability to win elections. And one of those things is can you run the country well.

“Maybe people should vote for politicians who might not get such huge majorities but can actually do a good job of running things.

“Lying is a very, very bad thing in a leader because you can’t get the civil service or anyone to get behind your policies.”