Among other things, Liddle claimed that colonialism was not the cause of Africa's problems. 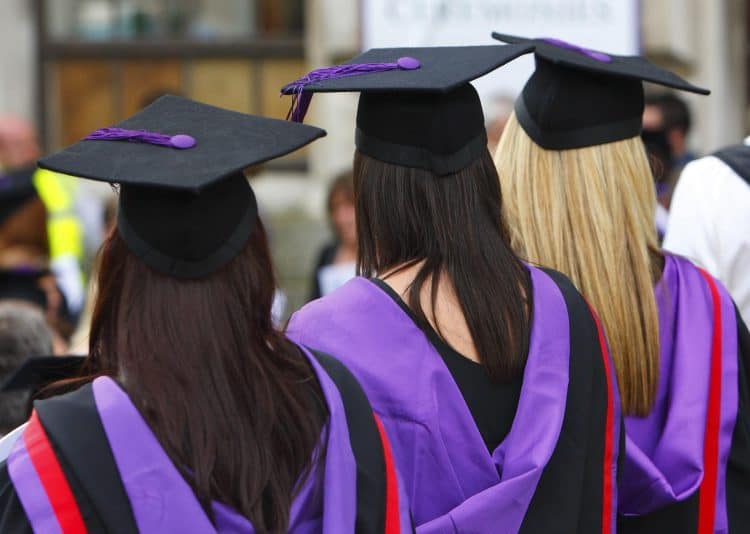 File photo dated 16/07/08 of university graduates. Some ethnic minority groups remain underrepresented in the economics departments of the country's most prestigious universities, a report has suggested.

A Durham University college chief lambasted students as “pathetic” for staging a walk out when Rod Liddle was invited to speak at a formal dinner.

The controversial Spectator and The Sunday Times was a guest speaker at South College – but some students walked out before his speech and others during it.

Professor Tim Luckhurst, the college principal, shouted:  “At South College we value freedom of speech” and “pathetic” as students left on Friday evening, according to student newspaper Palatinate.

Liddle reportedly started his speech by joking that he was disappointed not to see any sex workers in the audience, referencing a recent controversy over safety training provided by the university to students working in the sex industry.

He went on to claim the left rejects science over sex and gender issues, that colonialism was not the central cause of Africa’s problems and that the underachievement of black pupils in education had nothing to do with institutional racism.

Durham Working Class Students’ Association called for the university to investigate the event, saying: “Transphobia and racism cannot be defended under the notion of ‘political views’ or ‘academic freedom’ and it has no place on campus, where students are supposed to feel safe.”

Rsponding to a student complaint in an email, Luckhurst said: “My guest’s topic was tolerance. He spoke about the importance of listening to alternative perspectives. He attacked nobody. We have no right not to be offended, but offence doesn’t harm us, and freedom of speech means nothing unless it encompasses the right to say things with which others disagree profoundly.”

In a statement on Sunday, the university said: “Durham University upholds freedom of speech within the law. As such we welcome diversity of opinions from our students, staff and visitors. Protection of the right to free speech extends to discussion of issues that are controversial, including the expression of views which may shock, disturb or offend others.

“The university categorically does not agree with the comments reported from a speech given by an external speaker at this occasion, and is concerned at reports that the behaviours exhibited at the occasion fall short of those that we expect.

“The exchange of ideas within the university should at all times be conducted in a tolerant manner. Everybody has the right to live, work and study in a respectful environment. We are looking into this as a matter of urgency, and an investigation into the circumstances is now under way.”