The Treasury has been accused of stalling the multimillion pound NHS recovery plan. 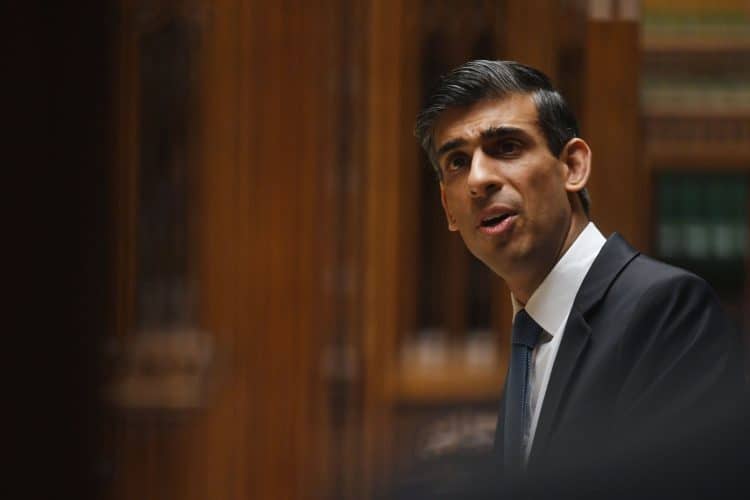 The government’s long-awaited NHS catch-up plans have still not been published – with Rishi Sunak accused of blocking announcements.

Boris Johnson had hoped to unveil a blueprint for tackling the record NHS backlog, as he seeks to shore up his scandal-ridden premiership.

But the publication of the documents has been delayed after ministers failed to sign off on a draft.

And reports suggest the Chancellor is to blame, with the Treasury demanding tough waiting list targets in return for funding.

Sajid Javid this morning denied that a plan to clear the backlog was delayed because of wrangling with Sunak over funding, even as health bodies warned any further wait would worsen waiting lists.

The health secretary had been scheduled to announce the plan on Monday, but instead insisted it had been held up because of chaos caused by Omicron.

“There has been no argument, there has been a very active discussion within both the NHS and my department to collectively agree on an elective recovery plan,” Javid told BBC Radio 4’s Today programme.

“We’ve got a plan. It is being finalised right now. It will be published very soon.”

But Saffron Cordery, the deputy chief of NHS Providers – which represents NHS trusts in England – told the same programme: “We need to see this plan as quickly as possible because trust leaders are really keen to plough on and make their way through these very long waiting lists which have built up during the pandemic, and indeed pre-existed the pandemic.

Matthew Taylor, the chief executive of the NHS Confederation, warned that health funding plans could face gridlock due to Treasury opposition. He suggested officials could view spending as “wasted on a dying administration”.

But in another interview, Javid denied any feud with Sunak. He told Sky News: “What I would say about the Treasury is that I couldn’t wish for a better partner when it comes to the challenges that I have.

“I don’t recognise that at all. Having been chancellor, having a close relationship with the Treasury, for any department, is crucial. And right now, for health and care, I’m just really pleased we’ve got that really good working relationship.”

Suggesting the plan was put on hold “because we had a roadblock with Omicron”, the health secretary added: “I had planned to publish the plan in December. We were almost there, we were agreeing it finally with the NHS and across government, but because of Omicron we’ve rightly changed our focus, especially to boosters and to focus on that.”