His wife posted a photo of him passed out on the sofa after a day of drinking in front of the sport. 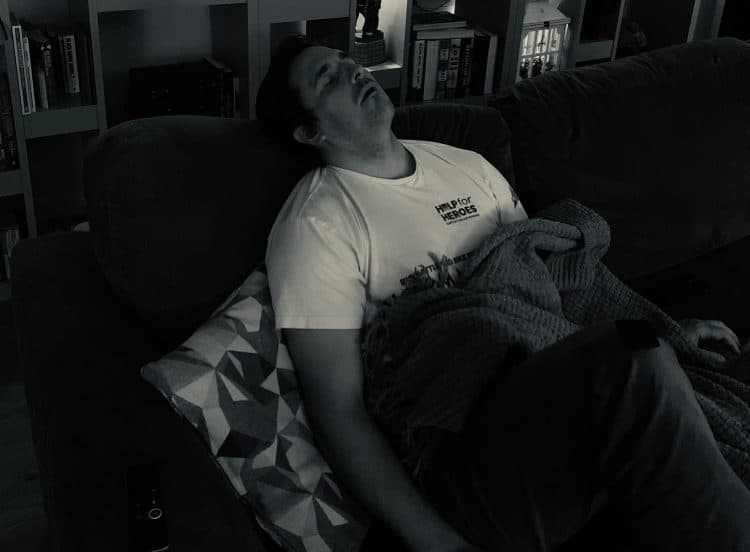 A Tory MP was “so p****d” he “couldn’t remember what was said” when Boris Johnson called him on the phone, according to his wife.

The embattled prime minister rang Johnny Mercer on Saturday as part of his efforts to rally support among his disgruntled backbenchers amid growing calls for him to resign.

But unfortunately for Johnson the call couldn’t have come at a worse time.

Felicity Cornelius-Mercer shared a photo on social media on Saturday of her husband, Plymouth Moor View MP Johnny Mercer, sitting on a sofa with his head thrown back, apparently in a deep sleep.

She said the prime minister had called Mr Mercer after he had spent the day following his local side Plymouth Argyle’s narrow defeat to Premier League side Chelsea and England’s rugby team loss to Scotland in the Six Nations.

“So..funny story…the Prime Minister rang tonight directly after an afternoon of FA Cup football and England rugby..and @JohnnyMercerUK was so p****d he can’t remember what was said,” Ms Cornelius-Mercer wrote.

She joked that she was thinking of “winding him up” the next day, and asked her Twitter followers for suggestions of what to tell him he had discussed with the PM.

Some people suggested that she should tell her husband he had agreed to do an early-morning round of media interviews.

Others suggested she say that Mr Johnson offered him a new job, whether in Downing Street or his Cabinet.

Earlier in the evening, Mr Mercer quote-tweeted Plymouth Argyle’s tweet about the match and wrote: “Heartbreak. So proud – of fans and team.”

A number of crises have embroiled the prime minister recently, but Mr Mercer has not said whether he would submit a letter of no confidence in Mr Johnson or not, according to PlymouthLive.