“Kent has a proud history of welcoming visitors, migrants and asylum seekers." 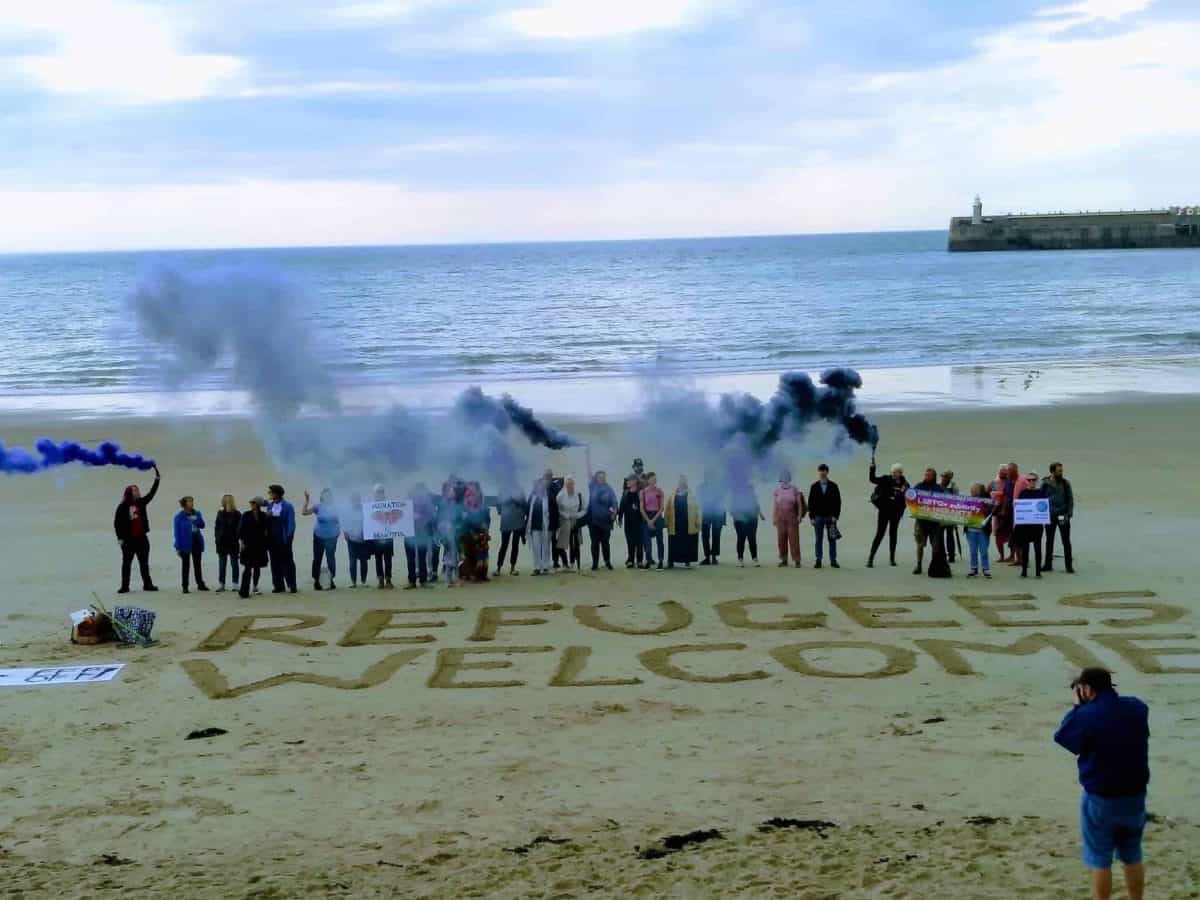 A Refugees Welcome event was held on Sunny Sands beach in Folkestone this weekend in response to reports that members of the far-right were organising beach patrols to ‘catch’ people who had crossed the Channel in small craft in order to seek asylum.

People from coastal communities including Broadstairs, Ramsgate and Deal turned up on Sunday morning to send a clear message to groups spreading messages of hate.

Bridget Chapman, a founder member of the Kent Anti-Racism Network, who organised the event, gave a powerful speech during the event which saw the message ‘Refugees Welcome’ written in the sand.

“I don’t even want to name the small poisonous hate group that have been claiming to ‘defend’ our coastline for us.

“Locally there are a variety of feelings about immigration and asylum seekers but the out-and-out hatred peddled by these uniformed muppets doesn’t represent our amazing Kent community.

“Some people say that the far right should be ignored. Just ignore them, they’ll go away.

“That doesn’t work. It’s an abdication of responsibility. Poison spreads.

“Even if they are a tiny number of people we cannot allow them to infect anyone else. And I’m so proud that all of you have come out today to be the vaccine against this threat to our communities.

“Kent has a proud history of welcoming visitors, migrants and asylum seekers.

“For over a thousand years people have been crossing the Channel to make the pilgrimage to Canterbury Cathedral. In Dover there is a medieval building called Maison Dieu.

“It was built to give those who had made the difficult Channel crossing a comfortable place to spend their first night on British soil.

“The Huguenots came here fleeing persecution in the 16th century.

“In the First World War 250,000 refugees came to this country from Belgium.

“They crossed the Channel in small boats, just like refugees have been doing recently.

“Since Christmas around 900 asylum seekers have made that journey here.

That is us. That is Kent

“But on the busiest day for crossings in 1914 nineteen thousand people arrived here in Folkestone. In just one day.

“At a time when the population of the town was just twenty thousand.

“And people came together to welcome them. People gave up spaces in their homes. Warm clothes were donated. Food was made and delivered.

“That is us. That is Kent. And it’s a history to be proud of.