The shadow business secretary would narrowly beat Sir Keir Starmer, according to a survey of Labour members. 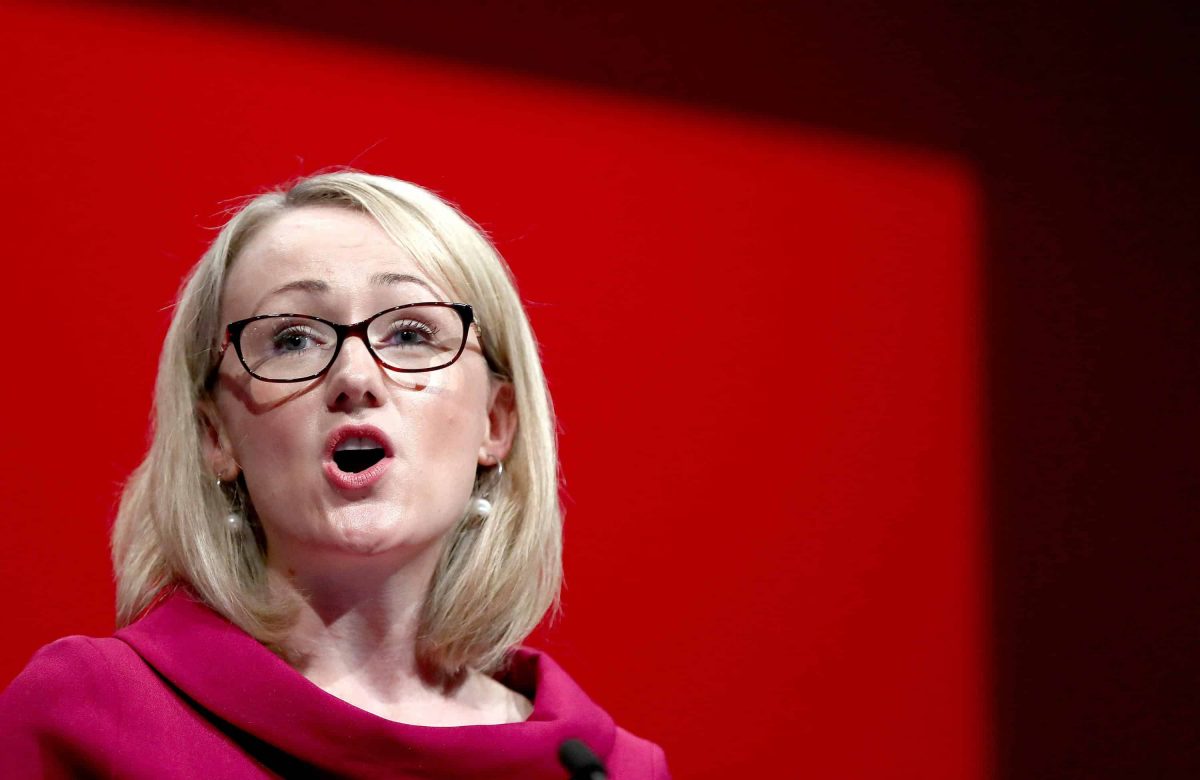 Rebecca Long-Bailey is leading the race to be the next Labour leader, a new poll has suggested.

The shadow business secretary appears to have clawed back ground on Sir Keir Starmer, after the first poll of Labour members put him narrowly ahead.

Ms Long-Bailey would win 42% of first preference votes to the shadow Brexit secretary’s 37%, according to a survey by Survation – the second carried out so far in the leadership race.

The pollsters asked readers of Labour List, a website focused on party news, for their preferences and then weighted the results to reflect the membership.

The poll indicates that the five-candidate contest is wide open, with Ms Long-Bailey, who is backed by senior figures on the left of the party, including shadow chancellor John McDonnell, looking most popular with signed-up members.

The Salford and Eccles MP had come a long way second to Sir Keir in the round of nominations by MPs and MEPs, picking up 33 supporters to the Brexit spokesman’s 88.

But the contest will be decided by the members, whose number bolstered to around 500,000 under Jeremy Corbyn’s radical left-wing leadership.

According to the Survation results, Jess Phillips would get 9% of first preferences, Lisa Nandy 7% and shadow foreign secretary Emily Thornberry just 1%.

The final ballot is carried out using a preferential system, with members able to order the candidates in a list from one to five.

If no candidate wins 50% of the vote during the first round of counting, the last place contender is eliminated and their second preference votes are re-distributed.

This process goes on until one of the candidates secures a majority.

Sir Keir, who has pitched his campaign to the left, would pick up a high proportion of second preference votes from his rivals Ms Phillips and Ms Nandy if they go out – 60% and 63% respectively – but it would not be enough to beat Ms Long-Bailey even after they are taken into account, according to the poll results.

The former former director of public prosecutions at the Crown Prosecution Service would lose to his rival 51% to 49%, based on current standings.

The caveat for Ms Long-Bailey’s critics is that more than a third of those surveyed said they had not decided who they would vote for in the leadership bout and only 22% said they were sure they would not change their mind in the remaining 11 weeks of the contest.

Candidates are due to start sparring during party-organised leadership hustings held across the UK, with the first scheduled for Saturday in Liverpool.

Outgoing leader Jeremy Corbyn picked-up considerable support at this stage of the race in 2015 when he pulled off a shock victory.

Wigan MP Nandy was making her pitch for the leadership on Wednesday, giving a speech in London and being interviewed on the BBC’s The Andrew Neil show in the evening.

She defended free movement, said she backed Mr Corbyn’s plans to re-nationalise the Royal Mail and confirmed she would renew Trident, Britain’s nuclear deterrent, as long as it was “coupled” with a multilateral disarmament pledge.

Sir Keir, in an opinion piece for the Guardian, set-out his vision to return the party to power by making the case for a “moral socialism” that is relevant to “everyday lives”.

The Survation poll made Angela Rayner the overwhelming favourite to win the deputy leadership contest.

It suggests the shadow education secretary would win the battle on first preferences alone, taking 60% of the vote.

Fellow deputy hopeful Ian Murray, the party’s only Scottish MP, will be looking to turn the odds in his favour at the launch of his campaign on Thursday.

Due to speak at his former school in Edinburgh, Mr Murray, a vocal critic of Mr Corbyn, is expected to argue for Labour to become a “broad church” once again.

He is due to say: “We must reach out and listen to every corner of this country and every type of person in our country.”

Those running to be leader and deputy are currently trying to win the support of affiliates such as unions and constituency Labour parties as the second stage of nominations opened on Wednesday.

The candidates progressed to the current stage after winning enough support – at least 22 nominations – from Labour MPs and MEPs.