He has been compared to David Brent after saying “why don’t we just make the island of Ireland an island again”. 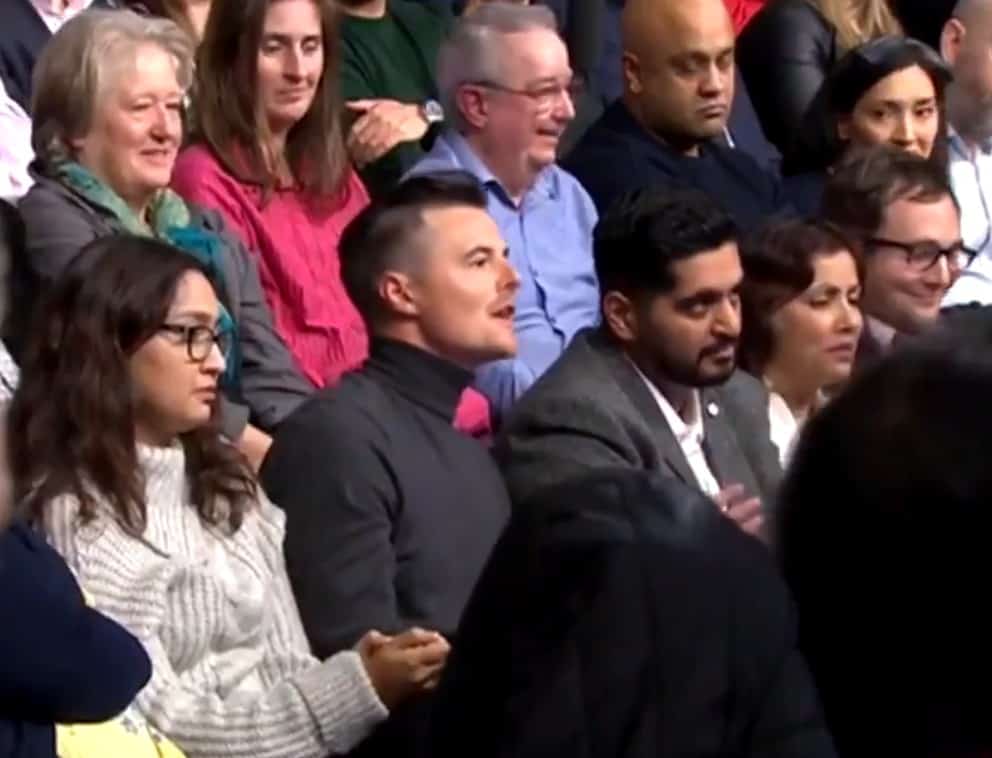 A Question Time audience member has been ruthlessly mocked on social media this week following some “uninformed” comments on Irish unification.

After making some supportive comments of Boris Johnson, he moved on to difficulties around the Irish backstop and issues around a hard border.

“The DUP and the EU seem to be really levering the Ireland backstop thing for the whole of Brexit.

“There are thousands of issues to do with Brexit, but it’s always to do with the Good Friday Agreement, the DUP, the Northern Ireland backstop all this.

Why don’t we try and just get that as an island again?

“I’m like, why is that one issue put a big break on the whole thing and we have to negotiate around that?

“And it’s going to sound crazy, but Ireland being referred to as the island of Ireland, why don’t we try and just get that as an island again?”

Just sharing because I absolutely love to see it, thanks #bbcqt pic.twitter.com/9gHFtOVuRd

“You’re not thinking about the whole pie Jenny”

Responses on Twitter have been quick to point out the misgivings of his comments, particularly around the ill-informed nature of them.

Patrick Coyle said: “Takes some amount of arrogance to suggest ‘just making Ireland an island again’, using some hand gestures to really illustrate the point and then smuggly sit back like ‘solved it’.”

While others have pointed out the likeness to The Office protagonist David Brent, particularly in this scene:

Related: Nigel Farage calls for a delay to Brexit after three years saying the exact opposite