The video quotes a YouGov analysis of 300 polls which finds a majority of Brits would now vote to stay in the EU. 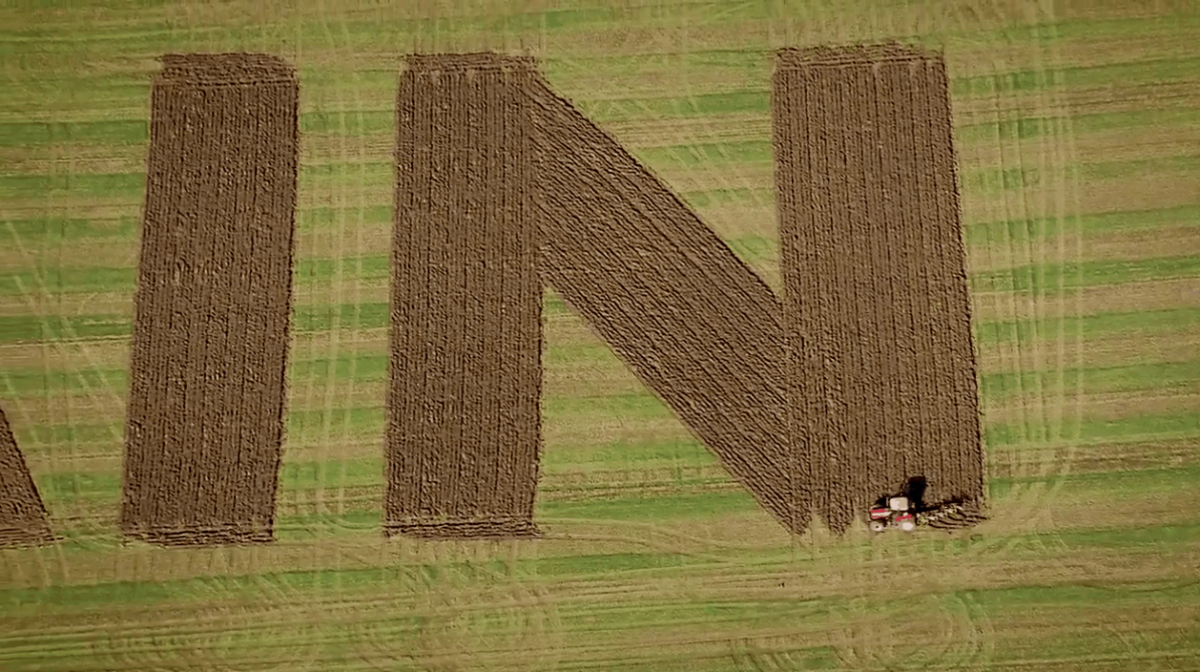 We have reported on the many times Led By Donkeys have trolled Brexiteer politicians with their own words and broken promises.

The billboard Brexiteer trolls have written the words “Britain now wants to remain” in giant letters in a field in Wiltshire.

The video quotes a YouGov analysis of 300 polls which finds a majority of Brits would now vote to stay in the EU.

And there is a voice over by Lisa Dodds – one of many voters who have changed their mind.

“I voted leave because of the NHS. I just can’t believe I fell for it. Manipulated, wasn’t I? well and truly,” she says. “People say to me about 17.4 million people voted for this and that’s what they want. I’m one of those 17.4 million and that is not what I want. That is not what I voted for. I want my vote back. I have had my vote stolen.”

The message to MPs comes ahead of a crucial vote this weekend to determine if Parliament will agree to Boris Johnson’s Brexit deal.

It has been criticised by MPs from all parties. Labour Party and SNP MPs have complained of the workers rights an environmental protections of Theresa May’s deal which have been abandoned and the economic havoc. Brexit Party and Conservative MPs have said it reneges on promises not to damage the Northern Ireland economy and relationship with the rest of the UK with separate market arrangements.

As MPs will debate on Saturday, thousands intend to march from Park Lane from 12pm towards Westminster on the Let Us Be Heard march for a People’s Vote, demanding the British people are given the final say on Brexit.

5,000 Muslims to pledge allegiance and loyalty to nation over weekend