Things are also looking up for Labour as Keir Starmer becomes leader of the opposition. 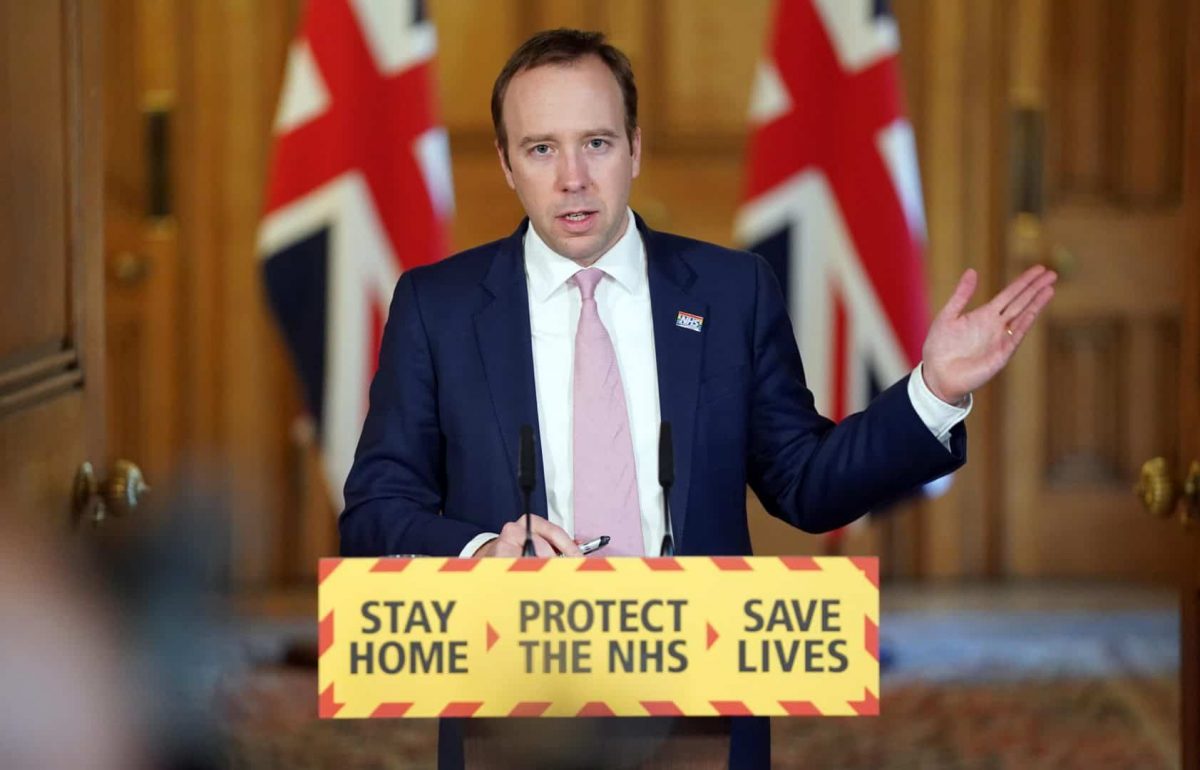 Public approval of the government has plummeted by 13 points this week after questions were raised over the lack of testing.

Almost two-thirds of the country said they had faith in the government’s ability to tackle the coronavirus crisis last week, but this has now fallen to 52 per cent.

Meanwhile, 29 per cent disapprove, giving the government’s handling of the crisis a positive net score of +23 per cent, a drop from +42 per cent last week.

Similarly, confidence in the Government’s ability to handle the situation has dropped from 57 per cent last week to 50 per cent this week.

The number that do not feel confident has increased from 22 per cent last week to 28 per cent this week.

Over three-fifths (63 per cent) also do not think the government has acted fast enough to stop the spread of the Coronavirus, up from 56 per cent last week.

For the first time, public trust in the prime minister, health secretary and Chancellor on information on coronavirus has decreased.

Meanwhile, Sunak has witnessed the biggest drop, from a net trust of+42 per cent last week to +29 per cent this week.

Adam Drummond, head of political polling at Opinium, comments: “The recent row over testing highlights how soft the government’s ‘rally around the flag’ effect is.

“While people naturally want to support efforts to handle the Covid-19 crisis and that will tend to translate into higher support for the government, it shows how conditional that support is and how vulnerable it is to any avoidable shortcomings on the government’s part.

“The other factor in the government’s favour over the last few weeks has been the lack of an opposition as the Labour leadership race has dragged on.

“That ended today and the two salient numbers in this poll are that most voters think Jeremy Corbyn did a poor job as Labour leader and that 42 per cent of voters say they can imagine Keir Starmer as prime minister vs. just 27 per cent who cannot.

“Already these are more positive numbers than Jeremy Corbyn or Ed Miliband saw during their tenures.”