Angela Rayner won the deputy leadership race and promised to ‘do everything’ to repay her supporters’ trust. 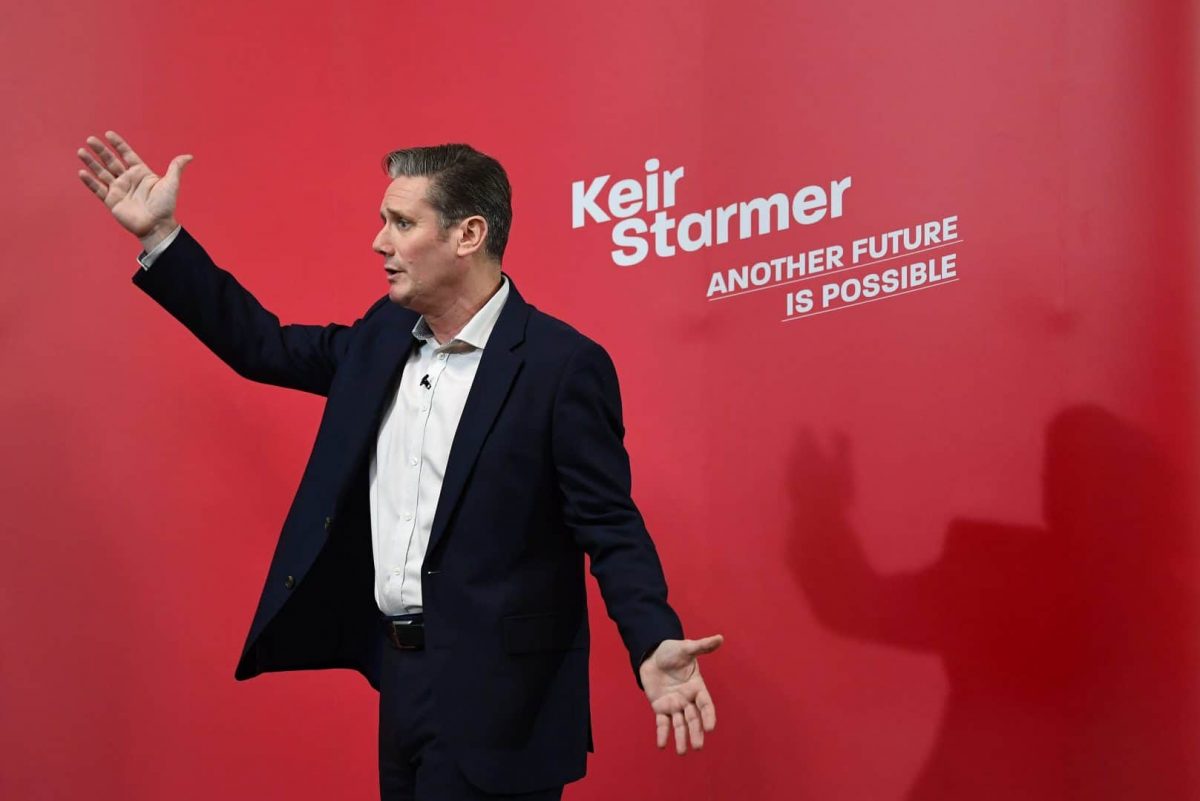 Sir Keir Starmer has pledged to bring the Labour Party together after he won the race to replace Jeremy Corbyn by a landslide.

The human rights lawyer beat rivals Rebecca Long-Bailey and Lisa Nandy in the first round of counting, securing 56 per cent of the 490,731 votes cast.

Sir Keir, who was named after Labour’s first parliamentary leader Keir Hardie, said his election was the “honour and privilege of my life”.

In an acceptance speech posted on social media, he said his mission is to restore trust in the party as “a force for good and a force for change”.

He also apologised for anti-Semitism in Labour which has brought “grief” to Jewish communities.

His victory – which marks a significant change of direction for the party – came after the planned special conference to unveil the winner had to be shelved because of the coronavirus crisis.

The results were instead announced via social media, while the Labour Party website appeared to crash.

Angela Rayner won the deputy leadership with 52.6 per cent of the vote in the third round, and promised to “do everything” to repay her supporters’ trust.

She tweeted: “I know we face a long and difficult road ahead but it’s our responsibility to offer the better future that the citizens of our country deserve.”

Shortly before the result was announced, Boris Johnson wrote to opposition party leaders inviting them to a briefing and insisting “we have a duty to work together at this moment of national emergency”.

The Prime Minister congratulated Sir Keir in a call on Saturday afternoon and the pair agreed to meet next week to discuss the coronavirus crisis.

Former Labour leader Mr Corbyn said he looks forward to working with Sir Keir and Ms Rayner, and told them leading the party is a “great honour and responsibility”.

Defeated leadership candidate Ms Long-Bailey said Sir Keir would be a “brilliant prime minister” and pledged to “do all I can to make that a reality”.

And Ms Nandy said he would have her “full support in the challenges that lie ahead”.

Unions widely welcomed Sir Keir and Ms Rayner’s victories, with Unite general secretary Len McCluskey saying it is “the job now of our movement to support them in this as they move forward”.

But left-wing campaign group Momentum, which had backed Ms Long-Bailey, said it would “hold Keir to account and make sure he keeps his promises”.

The new leader is now the favourite, with odds at 5/2, to become the next PM, according to bookmakers’ Ladbrokes.

Sir Keir is expected to begin appointing his shadow cabinet on Sunday.

In another sign of a power shift in the party, three candidates who were endorsed by Blairite group Progress and Labour First, seen as on the right of the party, won seats on the party’s National Executive Committee (NEC).

Sir Keir – who was made Queen’s Counsel in 2002, served as head of the Crown Prosecution Service and accepted a knighthood in 2014 – has struggled to shake off perceptions of privilege.

But he has stressed his upbringing by his toolmaker father and nurse mother in Southwark, south London, when dismissing allegations he is too middle class to speak to the party’s historic heartlands.

His CV includes co-founding the renowned Doughty Street Chambers and advising the Policing Board to ensure the Police Service of Northern Ireland complied with human rights laws.

He entered Parliament as the MP for Holborn and St Pancras in 2015 and was quickly elevated to the frontbench, serving as a shadow Home Office minister before being promoted to shadow Brexit secretary soon after the EU referendum in 2016.

Sir Keir was instrumental in getting Labour to back a second referendum.

He has since said that the issue is settled, but has refused to rule out campaigning for Britain to return to the EU in the long term.

During the leadership race he pledged to raise income tax for the top 5% of earners, to campaign for EU freedom of movement to continue and to push for “common ownership” of public services such as mail, rail and energy.

He has also vowed to introduce a Prevention of Military Intervention Act if he becomes PM to ensure Britain could only go to war if the Commons agreed.

The contest was triggered in December when Mr Corbyn announced that he would quit as Labour leader after the party suffered its worst general election defeat since 1935.

He presided over years of faction fighting, accusations of institutional anti-Semitism and bitter divisions over Brexit.

Ballot papers were sent out in late February to party members, members of affiliated trades unions and groups, and 14,700 “registered supporters” who paid £25 to take part on a one-off basis.

Sir Keir led the race from the start, winning the backing of 89 members of the parliamentary party in the first round of the contest, before securing the support of more than a dozen affiliated organisations in the second stage.

Veteran left-winger Mr Corbyn became party leader in 2015, a result which marked a fundamental change of direction for Labour.

He led the party through two general election defeats, the last of which saw seats which had been Labour for generations turned blue as the party’s hitherto impregnable “red wall” crumbled in the face of the Tory advance.

Sir Keir will have to find a way to rebuild Labour support in its traditional heartlands, but his first major challenge will be to establish a clear voice on the coronavirus crisis.

Related: Jeremy Corbyn says he has left Labour in position to win at next election