"He is becoming a political martyr." 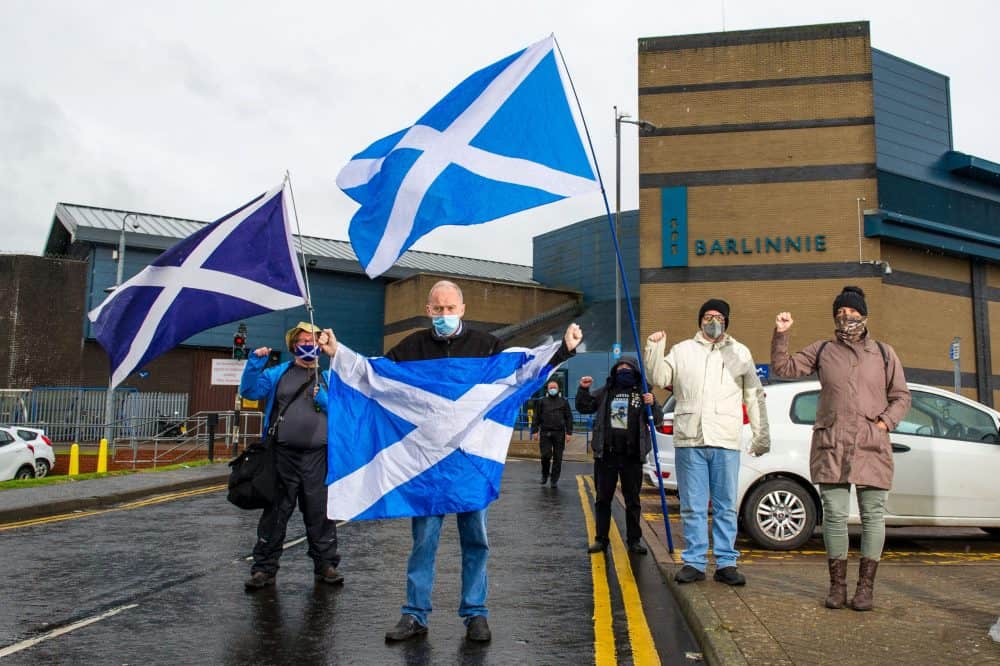 Nationalists protested against HMP Barlinnie demanding the release of Mandeep Singh who was jailed for organising Scotland’s biggest ever independence demo.

Singh, 41, was sentenced to 72 days for organising the 100,000-person ‘All Under One’ march last year, which started two hours later than police and council chiefs had insisted on.

Activists held up Saltire flags outside the notorious jail and were told to leave by security.

Mr Clerkin said: “Mandeep Singh organised a demonstration for independence, there were no arrests and no trouble.

“He was told he couldn’t have a 1.30pm start, police and the council wanted it to be 11am.

“He wanted people from the islands to be there, people from England to be able to come to the demo, people travelled from Orkney and Shetland.

“It was the biggest demo ever for independence, and this guy is now serving time in jail.

“The whole movement is wanting him freed from jail.

“He is becoming a political martyr.

“The sooner he gets out the better.

“This is the eighth day of his sentence.

“I have already written to the Lord Advocate.

“This is all about freedom of expression and freedom to protest – he stuck to his guns, he doesn’t want to spend a day in jail.”

Singh was jailed last week at Glasgow Sheriff Court after admitting holding a procession not in accordance with the council-imposed conditions, but refusing to comply with a proposed curfew.

Proximity bias at work is real: Here’s how to fix it