There has been a “tsunami” of allegations of abuse by officials in her private office when she was secretary of state. 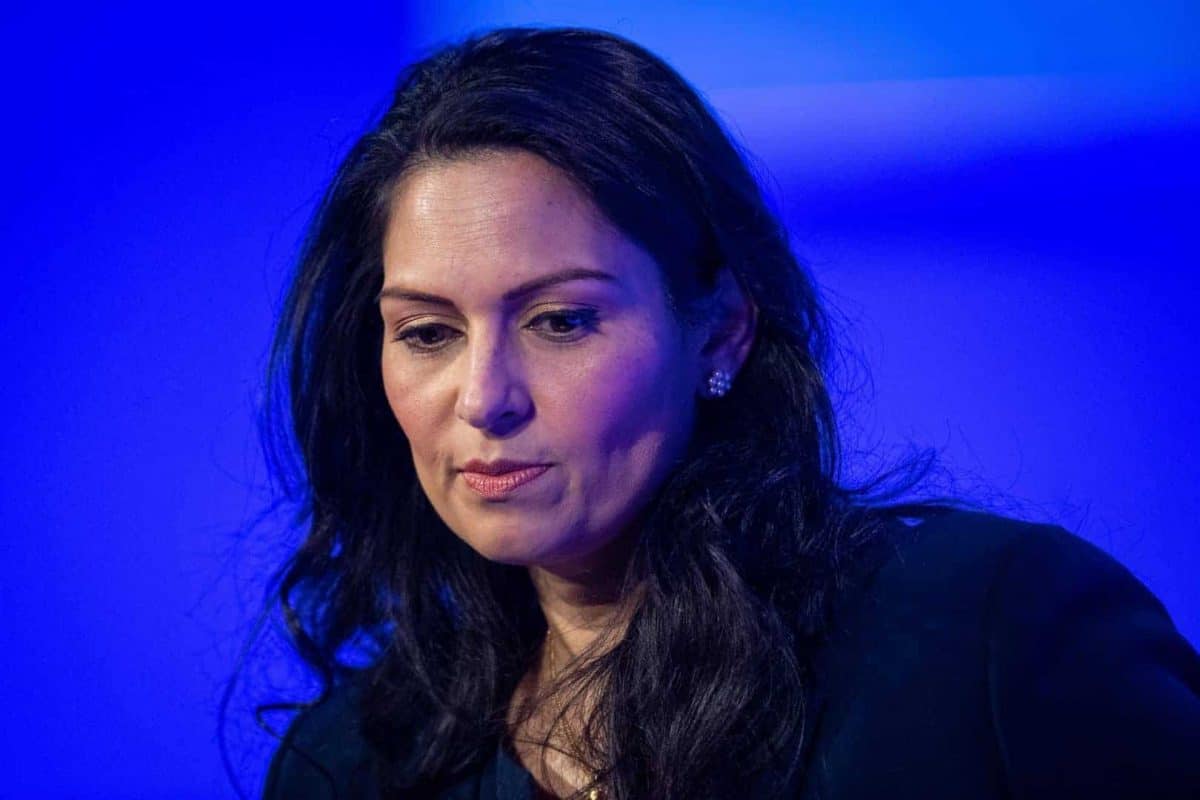 A senior official at the Department for International Development (DfID) reported a “tsunami” of allegations of abuse by officials in her private office when she was secretary of state, BBC2’s Newsnight reported.

The claims follow the resignation at the weekend of the top official at the Home Office, Sir Philip Rutnam, who quit accusing her of bullying subordinates.

A former aide at the Department for Works and Pensions is also reported to have received a £25,000 payout from the Government after claiming she was bullied by Ms Patel when she was employment minister.

A spokesman for Ms Patel said: “The Home Secretary categorically denies all of these allegations.”

Newsnight quoted a Tory source as saying there was a “concerted effort” by sections of the Civil Service to undermine Ms Patel and that “dark forces” were trying to influence a Cabinet Office inquiry into her conduct.

The latest claims relate to the period around 2017 when Ms Patel was sacked by Theresa May as international development secretary over unauthorised contacts with the Israeli government.

Following her dismissal, a senior figure in DfID was said to have approached staff in her private offices about allegations that they had heard of bullying.

The senior figure was said to have been told of multiple claims of staff being humiliated and coming under heavy pressure in emails – similar to the allegations made about Ms Patel’s conduct at the Home Office.

The senior figure then went to see another senior figure in DfID and urged them to contact the then cabinet secretary – the late Sir Jeremy Heywood – so that her conduct recorded was “in the system” if she ever returned to government.

Although the person making the claims has not been named, they were said to be prepared to give evidence to the Cabinet Office inquiry currently under way into allegations she broke the ministerial code.

The individual concerned was also said to be ready to give evidence in support of Sir Philip – who is claiming constructive dismissal – if his case goes to an industrial tribunal.

A Tory source, quoted by Newsnight, hit back, saying: “What we are seeing is a concerted effort by certain sections of the Civil Service to undermine a Home Secretary trying to deliver what people want on crime and immigration.

“It is deeply disturbing that dark forces are trying to influence the findings of a Cabinet Office inquiry”.

On Tuesday, Ms Patel expressed her “regret” at the decision of Sir Philip to quit and urged staff in the Home Office to come together as “one team”.

In a joint email to staff written with Sir Philip’s interim successor Shona Dunn, she insisted they cared about the wellbeing of all employees.

They expressed their gratitude to the staff for their continuing hard work and “commitment to deliver the Government’s priorities”.

“We both deeply value the work that every person in this department does and care about the well-being of all our staff. It is therefore a time for us all to come together as one team,” they wrote.

“We also recognise the importance of candour, confidentiality and courtesy in building trust and confidence between ministers and civil servants.

“Both of us are fully committed to making sure the professionalism you would expect to support this is upheld.”

Boris Johnson has expressed his full confidence in Ms Patel, who he promoted to one of the great offices of state after she had previously been sacked from the Cabinet by Theresa May.

However, some Tory MPs have questioned how much longer she can carry on in the job, while Labour has complained the inquiry into her conduct – to be carried out by the Cabinet Office – is not fully independent.