'Is it fair MPs' wages have risen faster than starting salaries for nurses?' 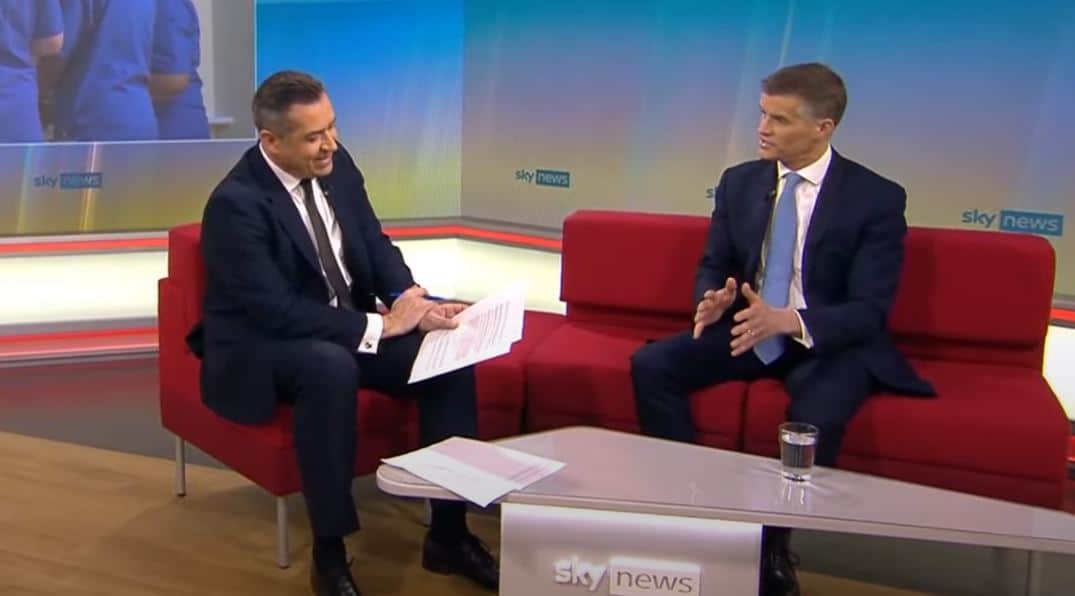 Transport Secretary Mark Harper has denied that he has failed in his job with much of the nation’s railways currently impacted by strikes.

Speaking to Sky News, Mr Harper once again refused to deny that he had required that trains without guards be part of negotiations with the RMT, with driver-only operated (DOO) trains are a red line for the union.

Mr Harper said that he has two roles – “One is to keep the railway industry working, but also I have got to be fair to the taxpayer”.

He added: “There isn’t a bottomless pit of money to go into the rail industry.”

The transport secretary says that railway workers represented from Unite have accepted an offer on pay and working conditions, and the TSSA is recommending its members accept the proposal.

Mr Harper says that 40% of the RMT wanted to accept the offer from rail negotiators, and that he reckons “the tide is turning” on whether the offers are reasonable.

Asked about the DOO trains, Mr Harper twice said the “details” of the negotiations are between rail operators and unions, but he does set the overall amount of money available.

He then pointed out that “over half” of passengers on railways travel on DOO trains.

The RMT has claimed they were told the government required rail operators to put the requirement in the offer.

Mr Harper said: “There is a reasonable offer on the table, reform needs to take place.”

He was then asked: “Is it fair MPs’ wages have risen faster than starting salaries for nurses?”

You can watch the full exchange below: