Emily Thornberry described it as "totally unacceptable" in the middle of the cost-of-living crisis. 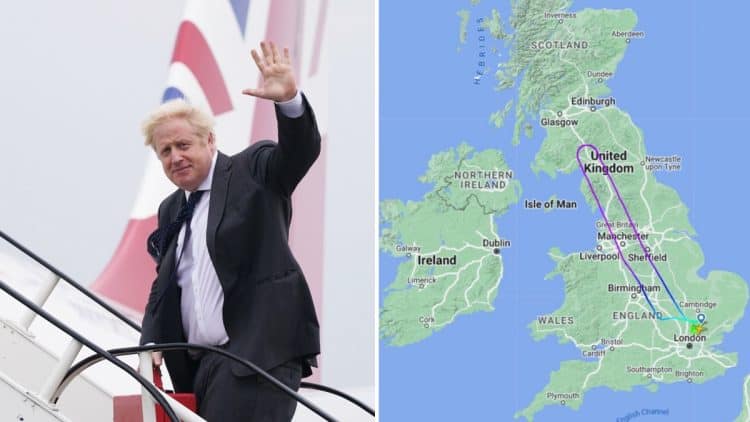 Revelations that Whitehall staff used the prime minister’s plane for a “boozy jolly” around the UK have been slammed as a blatant misuse of taxpayers’ money by the Labour Party.

Officials from the Foreign Office boarded the Government jet on Wednesday from London Stansted Airport before doing a loop of the Lake District and the Scottish borders.

A Government spokesman said the flight was necessary to comply with aviation law, but shadow attorney general Emily Thornberry described it as “totally unacceptable” in the middle of the cost-of-living crisis.

It is not the first time the aircraft, which is used for ministerial trips and for the Royal Family, attracted criticism.

The Airbus A321 is the second so-called “Brexit Jet” acquired by the Government alongside the PM’s primary plane, the RAF Voyager Vespina aircraft, which was repainted in the colours of the Union flag at a cost of £900,000.

Foreign Secretary and frontrunner to become the next prime minister Liz Truss was also accused of a “grotesque misuse of taxpayers’ money” last year following reports she had chartered the jet to Australia.

The Independent reported the Foreign Secretary had opted for the private flight for her trip due to security concerns, although commercial flights were available.