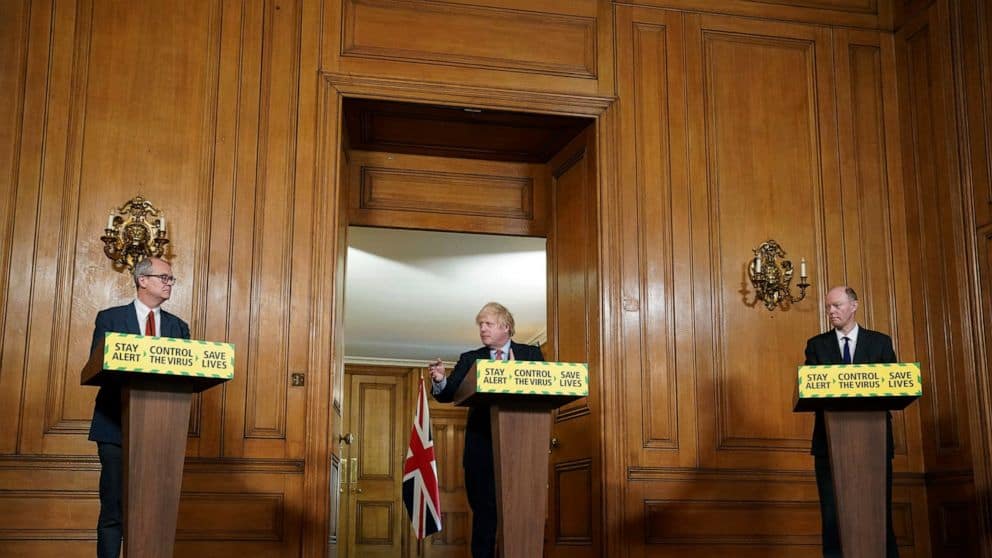 The Prime Minister appeared to be at odds with his chief medical adviser last night as he declared “hibernation over” at the evening press briefing.

Lockdown restrictions to be implemented from July 4th will see indoor gatherings involving two separate households permitted as well as the opening of pubs, cinemas and restaurants.

The two-metre rule will also be eased, replaced with a “one-metre plus” measure, with the protection offered by the physical distance enhanced by other mitigation measures such as the use of face coverings, increased hygiene or layout changes in premises.

But the government messages in the daily press briefing seemed to be at odds with the advice from its scientific advisers.

Johnson joked: “Frankly I can’t wait to go to a pub or a restaurant even if it’s not compatible  with the diet that I’m on.

But Chris Whitty responded: “If people don’t take mitigation seriously, if people hear a distorted version of whats been said, and start being in ways they normally would have, yes we will get an uptick for sure.”

The conflicting messages come as the total number of excess deaths in the UK  between March 21 and June 12 2020 increased to 65,101, while the number of deaths involving Covid-19is now over 54,000.

Piers Morgan has warned that July 4th is becoming like “VE Day for the virus”.

Professor Devi Sridhar added that it is like “opening Jurassic Park when there are dinosaurs on the loose”.