The meat industry trade body said supply lines are already stalling because of the rise in Covid cases. 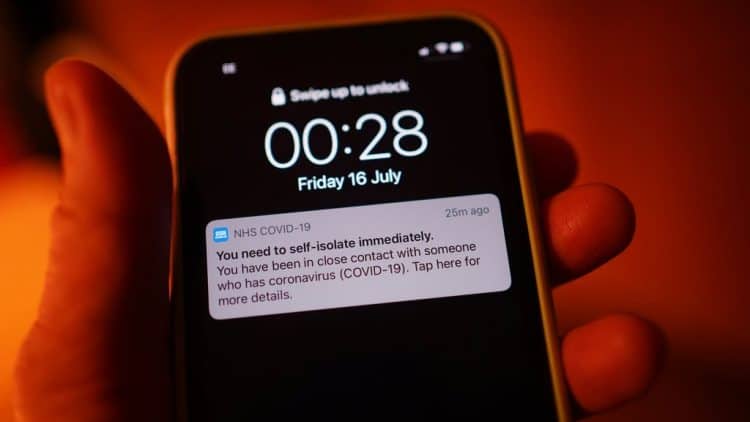 Food supply chains are “starting to fail” because of workers isolating over coronavirus contacts, an industry leader has warned as he criticised Boris Johnson’s efforts to ease the “pingdemic”.

The meat industry trade body said it cannot rely on the prime minister’s new exemption for some fully-vaccinated critical workers because the bar has been set “very, very high”.

In the face of widespread criticism from businesses over staff shortages as Covid-19 cases soar, Johnson announced a plan for a “small number” of critical workers to be able to continue their functions.

But British Meat Processors Association chief executive Nick Allen criticised “confusing messages” from the government as he said ministers have not clarified who is applicable.

“There’s an air of despondency creeping through the industry really. Until now we’ve managed to keep the food supply chain running but there’s a sense of we’re starting to fail on that front,” he told BBC Radio 4’s Today programme.

Asked if production lines are stalling, he said: “They are. It’s happening already. We’re starting to see that at retail level and in restaurants – everyone is struggling to get things out really.”

He said the industry is not clear who is covered by the exemption for a small number of double-jabbed critical workers.

“It was made very clear to us late yesterday that this exemption will be for very, very few people. They described it as setting the bar very, very high and we’re certainly not counting on that,” he said.

Pubs and shops have complained about having to close because of the the number of people being “pinged” as contacts by the NHS Covid-19 app, while medics have also raised concerns.

The latest figures show more than 500,000 people in England and Wales were asked to isolate by the NHS app in the week up to 1 July.

‘One of the few shots we’ve got left’

Johnson resisted calls from businesses struggling to cope with reduced staffing levels by declining to introduce a more wide-reaching change to quarantine rules ahead of 16 August, when a testing regime will replace the requirement for fully-vaccinated contacts to isolate.

The prime minister argued self-isolation is “one of the few shots we have got left in our locker” as he scrapped most remaining legal restrictions in England on so-called “freedom day” on Monday.

He suggested an exemption would cover some in hospitals and care homes, or working in the supply of food, electricity and medicines, and transport, defence and borders.

But the government has said there is no “blanket exemption for any sector or role” and decisions will be made largely on a case-by-case basis.

Downing Street has declined to say how many people will be granted exemptions, but it is understood the figure is not expected to reach the high tens of thousands.

Related: Journalists could face up to 14 years in prison for stories embarrassing the Government