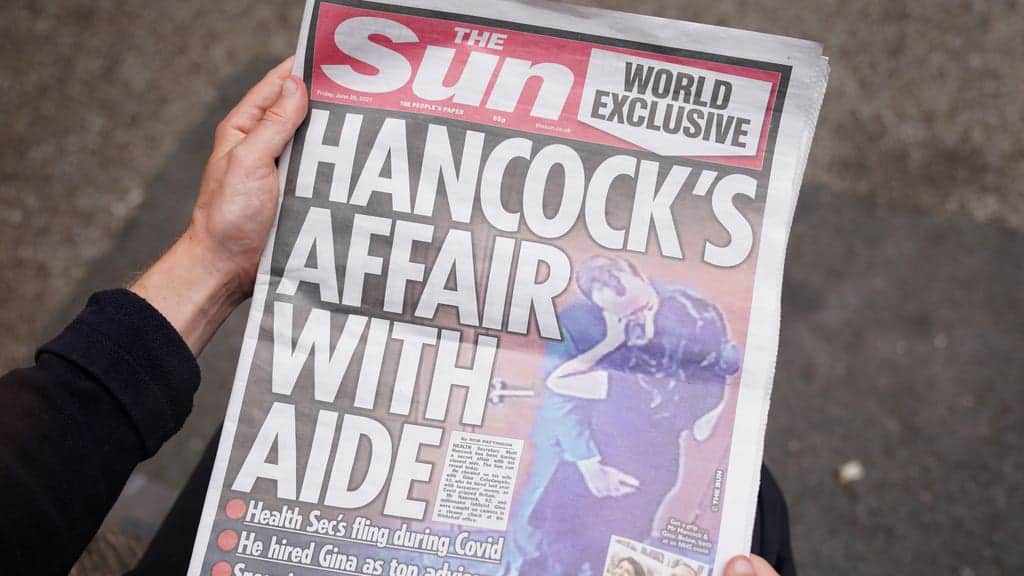 The UK government has been compared to a fascist state on the back of news that journalists could face prison sentences of up to 14 years for publishing stories that embarrass the Government.

Plans to reform the Official Secrets Act being discussed by Priti Patel’s Home Office could land reporters who handle leaked documents in hot water – and treat them like foreign spies, the Daily Mail has revealed.

The 1989 act is being updated to take into account the impact of the internet age, especially in the area of speedy data transfer.

Human rights organisations and the Law Commission, which drew up the proposals, say there should be a ‘public interest defence’ included to prevent the prosecution of journalists who receive leaked documents.

But in a paper released for the consultation, the Home Office said such a move would ‘undermine our efforts to prevent damaging unauthorised disclosures, which would not be in the public interest’.

Critics suggested that if the rules were in place now it could have led to a prosecution of the journalists who revealed this month that Matt Hancock was breaking Covid rules by having an affair with his married aide, because it relied on leaked CCTV footage.

A spokeswoman for the National Union of Journalists said: “Existing legislation distinguishes provisions and penalties between those who leak or whistleblow, those who receive leaked information, and foreign spies.

“The government proposes to eliminate or blur these distinctions. The government also wants to increase the maximum penalties that journalists might suffer for receiving leaked material from two to 14 years….

“The NUJ has long argued that where whistleblowers believe that they have acted in the public interest, they should be able to make this case in court, and if a jury agree with them, be protected.”

But the Home Office document argues: “Since the passage of the Act in 1989, there have been unprecedented developments in communications technology (including data storage and rapid data transfer tools) which in our view, means that unauthorised disclosures are now capable of causing far more serious damage than would have been possible previously.

“As a result, we do not consider that there is necessarily a distinction in severity between espionage and the most serious unauthorised disclosures, in the same way that there was in 1989.

“For example, documents made available online can now be accessed and utilised by a wide range of hostile actors simultaneously, whereas espionage will often only be to the benefit of a single state or actor.

“In severe cases, the unauthorised disclosure of the identities of agents working for the UK intelligence community, for example, could directly lead to imminent and serious threat to life.”

Reaction to the news has been fierce.

Does this sound like a democracy to you?… pic.twitter.com/Mc1iQAUTKc