Some of those left behind in Afghanistan were killed by the Taliban, a Foreign Office whistleblower said. 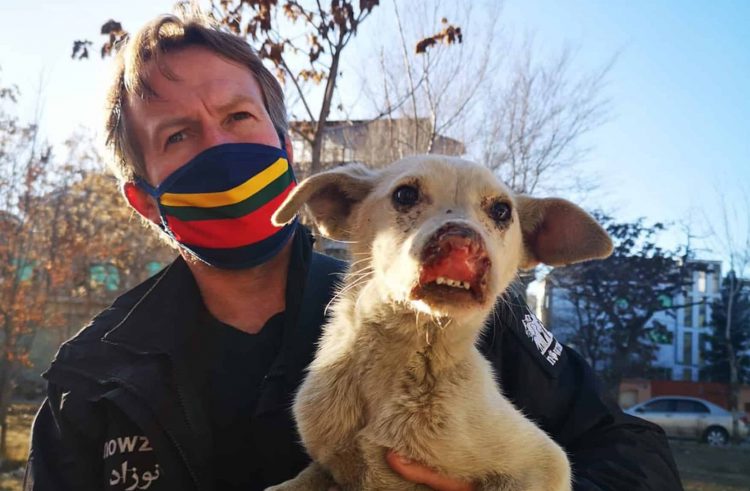 Animals from a Kabul rescue shelter founded by former Marine Pen Farthing were flown to the UK in a “direct trade-off” with Afghan refugees and British nationals, a whistleblower claimed.

Farthing – founder of charity Nowzad – launched a viral campaign, Operation Ark, to bring the animals to the UK from Afghanistan when the Taliban took over in August.

Around 100 dogs and 80 cats were evacuated on a chartered flight arranged by the charity. Farthing’s Afghan staff were initially left behind, but were later flown out of the country.

Farthing today disputed the whistleblower’s explosive claims, writing on social media:  “Let’s make this bloody crystal clear and on the record. Not one single British soldier was used to get me or the Nowzad dogs and cats into Kabul airport.”

He added: “Nowzad supporters paid for cargo flight, not the useless British government.”

More than £200,000 was raised by donors to support Operation Ark.

But, in the report by whistleblower Raphael Marshall, who worked for the Foreign, Commonwealth  and Development Office as a Desk Office, it is claimed that the government’s help with transporting the animals was a “direct trade-off” with evacuating people seeking to flee the Taliban.

The document states: “There was a direct trade-off between transporting Nowzad’s animals and evacuating British nationals and Afghan evacuees, including Afghans who served with British soldiers.”

Asked if ministers had prioritised dogs over people, Dominic Raab – who was foreign secretary at the time – told Sky News: “We did not put the welfare of animals above individuals and I think you can see that in the facts of 15,000 people evacuated in just two weeks.”

At the time, it was claimed that Carrie Johnson – the prime minister’s wife and an avid animal rights campaigner – had helped change Wallace’s mind, although government sources disputed his claims.

Dominic Dyer, an animal rights campaigner, had said that Johnson “most certainly had something to do with the change”.

Raab in the firing line

Marshall also claimed that 95 per cent of people who applied to be rescued from Afghanistan via a UK scheme were not helped out of the country – with some later killed by the Taliban.

He has accused Raab – who was on holiday in Crete when the Taliban took control of Afghanistan – of “not fully understanding” the situation.

Raab told the BBC’s Today programme on Tuesday: “Some of the criticism seems rather dislocated from the facts on the ground, the operational pressures that with the takeover of the Taliban, unexpected around the world… I do think that not enough recognition has been given to quite how difficult it was.”