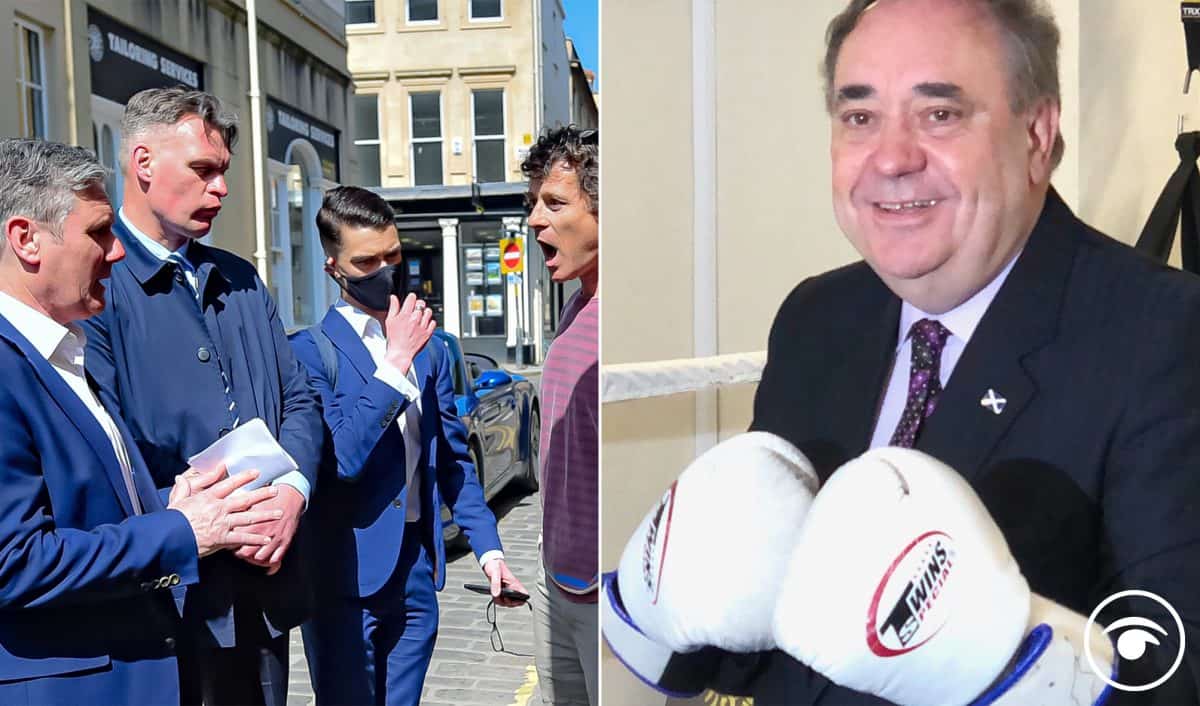 Sir Keir Starmer has said the party is “fighting for every vote” as Alex Salmond claims he is ‘taking a swing’ at established parties.

He was visiting Sandwell College in the West Midlands to launch the Jobs Promise initiative, which aims to give young people who have been out of work, education or training for six months a chance to access quality skills, learning and employment opportunities.

He said: “We’ve got big teams out knocking on doors, talking to people every day and the feedback we’re getting is positive.

“The result will be a week on Thursday.

“We’re fighting for every vote and we know we’ve got to earn every vote.”

As well as the local elections, which determine the make-up of councils, the party is battling to hold on to Hartlepool in a two-way by-election fight with the Conservatives.

Sir Keir said he had been to the County Durham town twice in recent days, most recently on Friday, and that people there were telling him their priority was “jobs, jobs, jobs”.

“In Hartlepool as with everywhere else, we need to earn those votes,” he added.

“We lost very badly in December 2019 and the way to restore trust is to listen to people and appreciate we, the Labour Party, need to earn those votes.”

He said: “What we’re doing is the hard graft, talking to people one-to-one on their doorsteps, asking them what matters to them.

“I am well aware Liam Byrne and I have to earn every single vote in that election next week, and that’s what we’re doing.

“It’s the vote a week on Thursday that matters above all else.”

Alex Salmond said Alba is “taking a swing” at established parties, as he visited a boxing gym owned by one of his candidates.

The former first minister said he believes pollsters forecasting defeat for new parties will end up with “egg all over their face”.

A number of recent polls have put Alba in single figures on the regional list vote, with some analysis suggesting the party will struggle to elect any MSPs.

Mr Salmond said he was celebrating the reopening of gym facilities as he stepped into a ring owned by Alex Arthur, a former boxing champion and Alba candidate.

Speaking to the PA news agency, Mr Salmond said: “Alba in this campaign are the plucky underdog.

“We’re coming into the ring, we’ve been fours weeks in existence and we’re taking a swing at the established parties.

“We’ve got every hand turned against us in this campaign, the establishment media, the mainstream media, we’re getting blacked out of television.

“But our strength is in the communities around Scotland and that’s what’s going to prevail.”

Mr Salmond added his new party could still break through, saying: “Alba is rising at the present moment and the pollsters are going to end up with egg all over their face.

“There are difficulties in how you measure a new party – because polling is weighted by previous party preferences.

“If you don’t have any previous preferences it’s very difficult to measure a new party.”