A flashback to the last and probably only time a Conservative MEP got a standing ovation in the European Parliament. 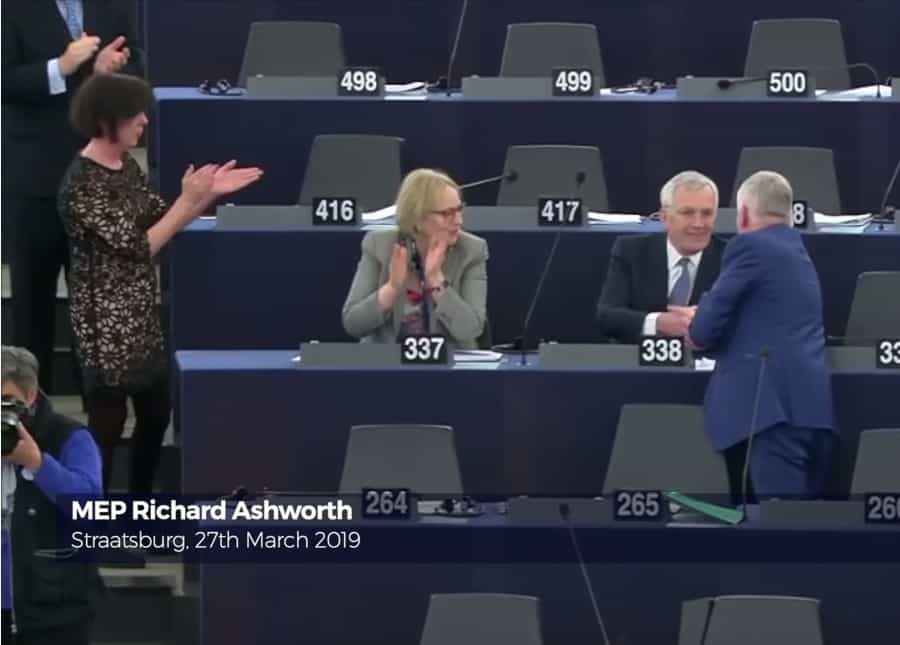 Footage of a 2019 speech by Richard Ashworth in the European Parliament has resurfaced this week as Britain stares down the barrel of another year of turbulent exit negotiations.

The former Conservative MEP for South East England, who had the Conservative Party whip removed after rebelling against the government, received a standing ovation for his warm words in Strasbourg.

I want to say thank you

“I want to say thank you to this house for the support you’re showing, and I want to reassure you that Nigel Farage does not speak on behalf of that 63 per cent of the population.

“May I add as a comment to the European people that, for over 25 years now no British Prime Minister ever explained to the British people what Europe did, what are the benefits, and why it matters.

“They never defended against the untruths which were spoken, and they never took ownership of the decisions that they took in Council.

“Because of that, the British press ran a 20-year campaign based on populist mistruths, lies and deceit.”

He warned that the current divided state of the UK should be a “cautionary tale” to other Europeans, saying:

“The consequence of that, we see today in Britain, is a sad nation, divided like never before, and a House of Commons in crisis.

“Never take it for granted. Value it. Fight for it. Defend it every day.”

Related: Speaker of the House of Commons exclusive: “Brexit has opened up the fractures of this country”