Rayner said: “The changes that I have set out today will overhaul the broken system that has failed to stop the spread of corruption under this Prime Minister.” 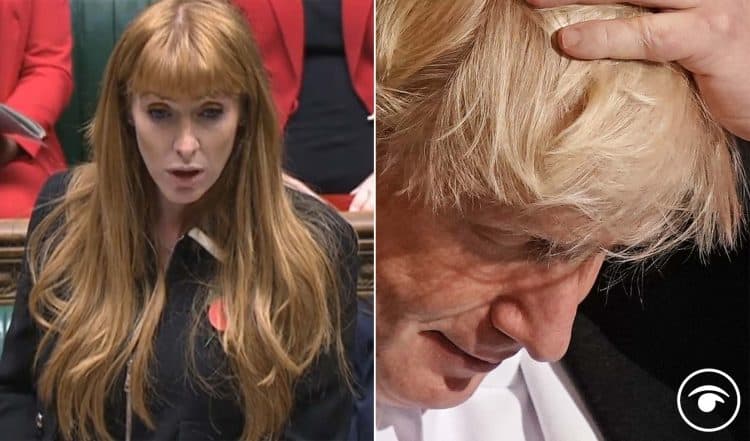 The UK’s democracy “cannot hinge on a gentleman’s agreement”, Labour has said, as the party proposed a rewrite of the rules governing public life.

Deputy leader, Angela Rayner, set out her proposals to overhaul the standards system that applies to MPs and ministers on Monday, as she accused Boris Johnson of corruption.

But her speech was overshadowed by rumours of a Labour reshuffle being under way as she was speaking, prompting questions of whether the party was again looking inwards at a time it was supposed to be setting out its stall to voters.

Giving a speech at the Institute for Government, Ms Rayner said: “The next Labour government will act to stamp out the corruption that Boris Johnson and his Government has polluted our democracy with.”

Labour has said it would introduce an independent watchdog able to launch investigations and demand the sacking of ministers under plans to prevent corruption and protect taxpayers’ money.

Former ministers would be banned from lobbying, consultancy or any paid work relating to their old roles for at least five years under the plans if Labour seized No 10.

And Ms Rayner said: “The changes that I have set out today will overhaul the broken system that has failed to stop the spread of corruption under this Prime Minister.”

She said: “Never again will a prime minister and his ministers be able to break the rules with impunity because the rules are too weak. They aren’t enforced and it is the Prime Minister himself in charge of them.”

And she added: “Boris Johnson’s corruption means that we must now urgently rebuild trust in our politics, in public office and in Government as a force for good.

“That means rebuilding the regime that is not working.

“The British people deserve so much better than Boris Johnson’s corruption and failure.”