Farage seems to think Johnson's "new wife" is to blame for the PM's lack of leadership. 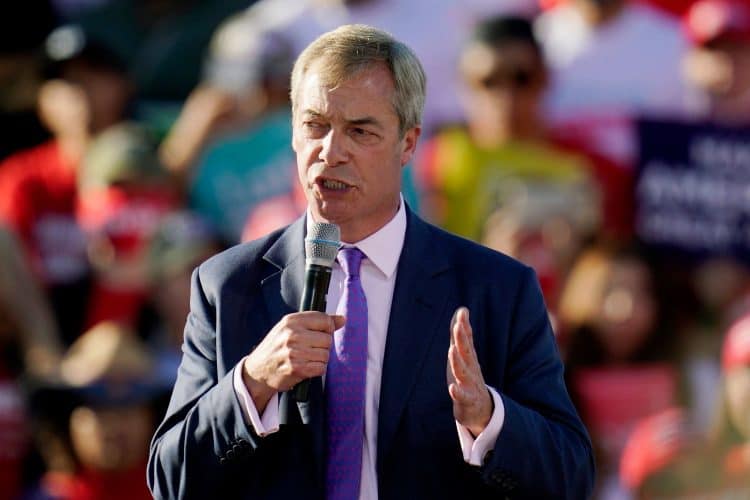 The former Brexit Party leader, in an interview with Fox News host Carlson, also hit out at “Carrie Antoinette”, in reference to the prime minister’s wife, Carrie Johnson, suggesting she had “feminised” her husband.

Discussing Johnson’s leadership, Carlson asked Farage whether “getting Covid emasculated him, it changed him, it feminised him, it weakened him as a man”.

Farage responded: “Well, I think he was very seriously ill. One of the things we have learned about Covid is that people who are 50, 60, 70, 80 pounds overweight tend to have fared very badly.”

Carlson came back: “But the virus itself – and this is true – does tend to take away the life force of some people. It does feminise people. No-one ever said that, but it’s true.”

But Farage suggested “the new wife” was to blame instead, adding: “Carrie Johnson – or as she’s now called Carrie Antoinette – this is a very powerful, very strong woman.”

Watch the bonkers clip below.