"I'm sorry but I'm at an age where I don't really care about saving the planet that much." 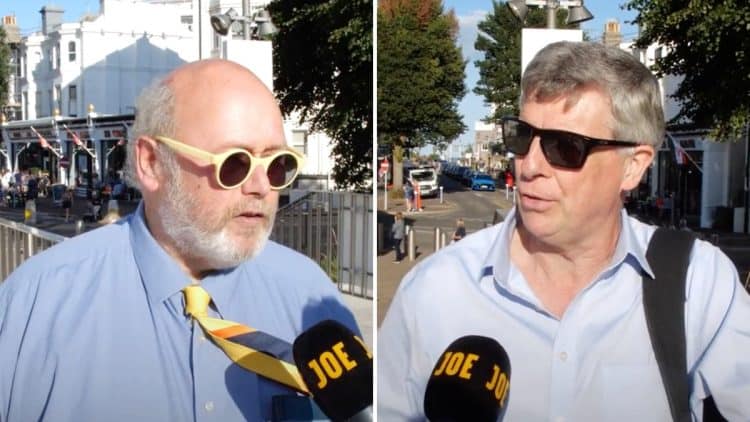 PoliticsJOE has canvassed the opinion of Tory members who will be choosing the next prime minister of Britain.

Rishi Sunak and Liz Truss will hold their next hustings debate in Darlington as questions over the cost-of-living crisis emerge.

Gordon Brown has called on the two leadership candidates to recognise the severity of the problem facing the country and get ahead of it before price rises come into effect in October.

He demanded the Government come up with an emergency budget before a “financial timebomb pushes millions over the edge”.

Ahead of the next hustings, PoliticsJOE has hit the streets to canvass the opinion of members who will decide who takes the keys to Number 10.

Here are the issues they really care about: