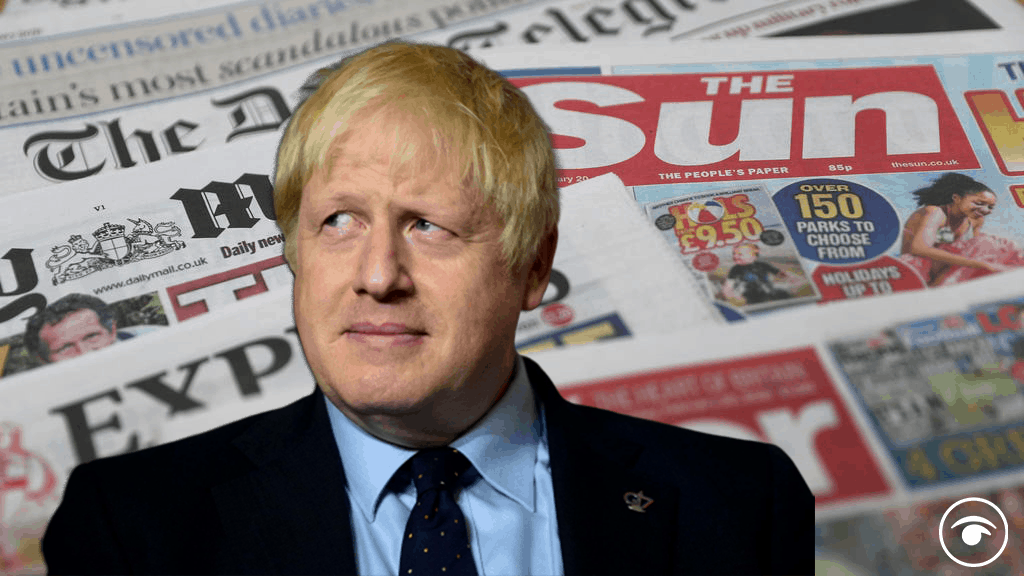 Further scrutiny on Prime Minister Boris Johnson over “sleaze” and his reported comments on the Covid dead are splashed across the front pages.

The Times reports Mr Johnson told aides he would rather let coronavirus “rip” than impose a second lockdown as he feared the economic impact of reimposing restrictions, and described lockdowns as “mad”.

The Guardian carries a similar story, the paper reporting Conservative insiders added weight to claims Mr Johnson said he would rather see bodies pile up than reintroduce lockdown.

Mr Johnson’s denial at making the “pile of bodies” slur leads the Daily Express and Daily Star, while The Daily Telegraph says Mr Johnson will tell his cabinet to “focus on the public’s priorities” as he seeks to move past the debate.

Tomorrow's front page: 'My pants are NOT on fire..'https://t.co/OaWpqJAzpX#TomorrowsPapersToday pic.twitter.com/JJnn3FIvsY

“Boris on the ropes” is the Daily Mail‘s headline, reporting on the “bodies” comment, as well as other questions mounting over a “string of controversies”, including the refurbishment of the redecoration of the Prime Mininster’s flat and the “chatty rat” leak enquiry.

Metro writes of a “slurry of sleaze”, the paper leading on Labour’s response to the Number 10 refurbishment and “bodies” comment.

The Sun draws parallels between the “chatty rat” enquiry and Line of Duty, with the paper saying MI5 are “baffled” over the identity of the person who leaked details of England’s second lockdown.

Mr Johnson’s denial at making the “bodies” comment failed to kill the controversy, reports The Independent.

While the i says the PM is “tainted by sleaze” in the eyes of voters.

Related: PM said he would rather let Covid ‘rip’ than lock down, in latest allegation