The MP was confronted with the "jaw dropping claims" on live television - he said we would have to "wait and see" what the whips' office finds. 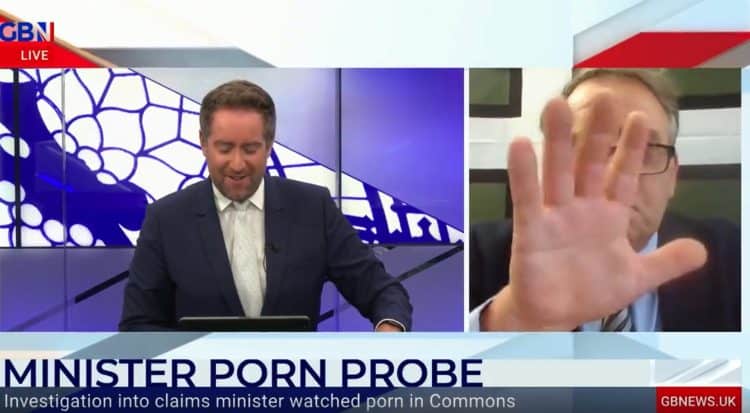 The Tory MP who allegedly watched pornography in the Commons chamber told broadcasters that there was no cultural problem in Parliament just days ago.

MP Neil Parish has been suspended by the Conservatives while under investigation for the offence.

The Tiverton and Honiton MP had the Tory whip withdrawn on Friday pending the result of the investigation after a conversation with the party’s Chief Whip Chris Heaton-Harris.

The confirmation of the man at the centre of the allegations ends days of speculation over his identity since the allegations surfaced during a meeting of Tory MPs on Tuesday.

Mr Parish, the 65-year-old farmer who chairs the Commons Environment, Food and Rural Affairs Committee, has represented the Devon constituency since 2010.

A spokeswoman for Mr Heaton-Harris said: “Having spoken to the Chief Whip this afternoon, Neil Parish MP is reporting himself to the Standards Committee of the House of Commons.

“Mr Parish has been suspended from the Conservative whip pending the outcome of that investigation.”

First the Tories looked to refer the matter to the Independent Complaints and Grievance Scheme (ICGS), which looks into claims of bullying and sexual harassment.

It is understood that process has now started after at least one witness made a referral.

But a second investigation could be launched after Mr Parish’s commitment to refer himself to the Standards Committee.

It was unclear what potential breach of the MPs’ code of conduct he would report himself for.

But it is thought one investigation for Parliamentary Commissioner for Standards Kathryn Stone could be whether Mr Parish caused “significant damage to the reputation and integrity” of the Commons.