Helen McEntee said there was still a huge amount of work to do on Brexit in a short space of time. 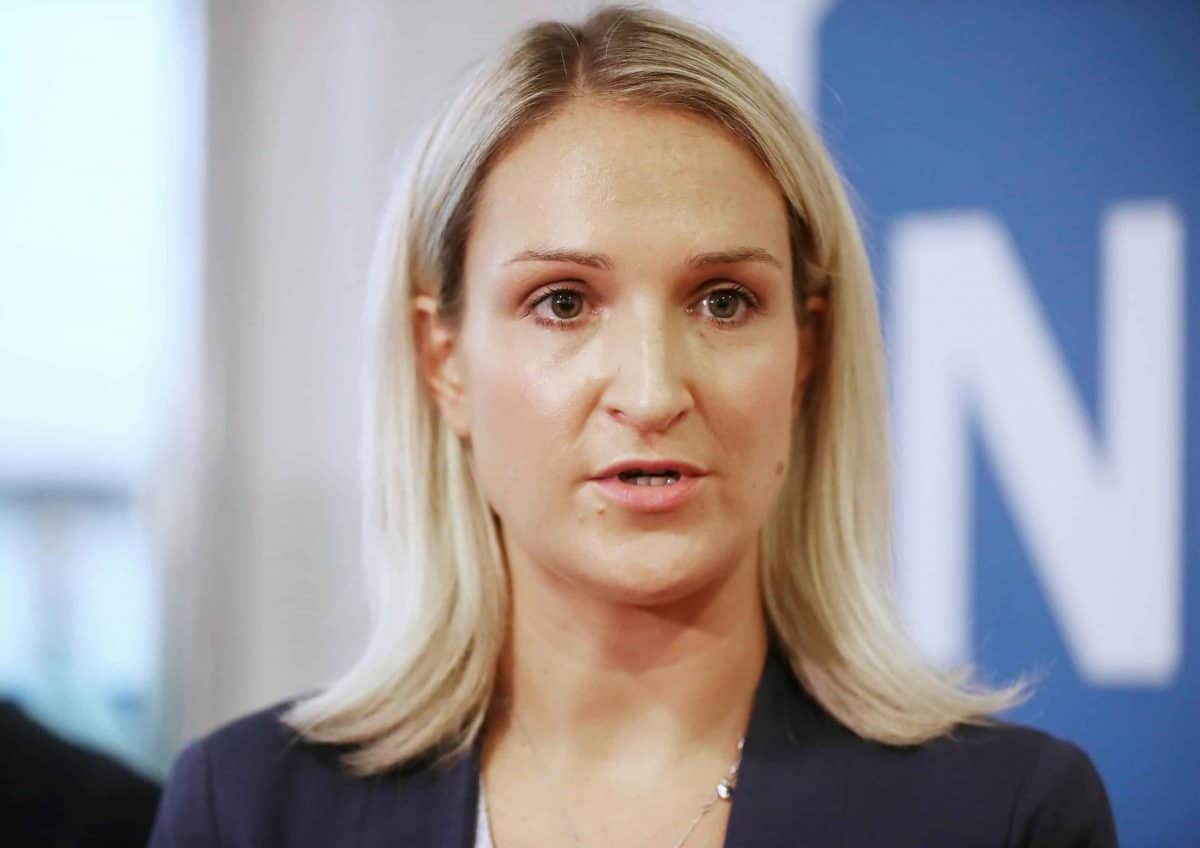 The Irish minister for European affairs says negotiating a trade deal with the UK post-Brexit “essentially in 10 months” will be difficult and challenging.

Helen McEntee and was on Sky News’s Sophy Ridge On Sunday about the prospects of such a deal being agreed to in the Brexit transition period which begins on February 1.

“My own personal view is that Brexit is really only at half-time, we have a huge amount of work still to do,” she said.

“I think it’s very welcome but with a tinge of sadness that the Withdrawal Agreement has passed through all the stages in Westminster.

“However, the idea that we can negotiate a trade deal, one that is comprehensive, one that provides very little change for our citizens, not just in the UK and Ireland, but the EU as well, within about a 12-month space, it’s very difficult.

“Now of course the EU is willing and Michel Barnier is still there, and he is working with his team, and all member states are included to ensure that we have a mandate and that we are ready for these negotiations when they start.

“We do know of course that Boris Johnson has said he does not want to have an extension, which means trying to negotiate a very difficult trade deal, essentially in 10 months.

“We know, looking at previous trade deals, how long they have taken, but we have said ‘we are willing, we are ready’.

Ms McEntee has reiterated her government’s position that there will be no checks on the island of Ireland in order to protect the historic peace deal the Good Friday Agreement.

“There will be no checks on the island of Ireland, we’ve been very clear on this, and we need to protect the Good Friday Agreement and integral to that has been the invisible border, which was put in place over 20 years ago,” she said.

“We do know that there will be some checks coming from Great Britain into Northern Ireland to ensure protection of the single market.

“Of course, if we have a free trade agreement, if we have one that is so close and that we do not need checks, then that obviously changes things.

“However, if we come to the end of this year, if there is no trade agreement in place, then of course the Irish protocol called will come into place.”

Ms McEntee spoke repeatedly about her concerns about timing, and that the focus should be the deal itself.

“This idea that we need to get something done by the year, for us, it’s about putting the right negotiations, and the right relationship in place, laying the foundations and making sure that we have a trade relationship, not just that benefits us but benefits the UK, because we want to continue to have a close relationship. ”

Ms McEntee refused to be drawn on whether her government would veto any deal that diverged from the agreement.

“This isn’t about Ireland vetoing or any deal,” she said. “I think we’re all in agreement, all 27 member states, that we want a close relationship with the UK, but there has to be balance of rights and obligations, there needs to be a level playing field.

“I think it is quite worrying, a lot of talk about divergence and but this is why, for us, and particularly in Ireland, the Withdrawal Agreement was so important.

“This is why the protocol, specifically on Northern Ireland was so important, without a trade deal, which essentially means we need to ensure that no border can ever be reconstructed on the island.”

On whether the UK could come back to the EU, Ms McEntee added: “I think all members states and I think most people in the EU would welcome the UK back tomorrow, if that was the case, but I don’t think that is the case and I think we need to start focusing on what happens next. The first of February is not too far away.”