The Brexit delay meant about a million coins had to be melted down and the metal put aside until a new departure date was confirmed. 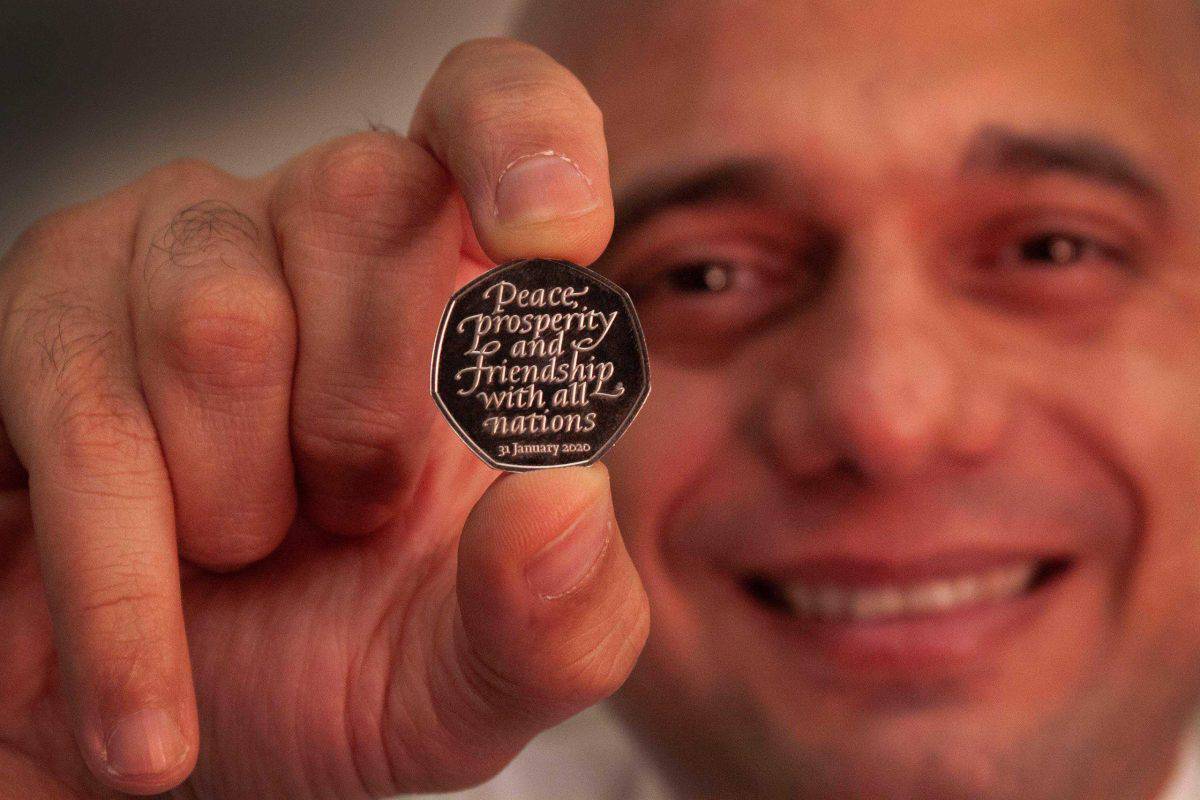 Chancellor Sajid Javid has unveiled the new commemorative 50p coin to mark Britain’s departure from the EU next week.

Mr Javid originally ordered production of the celebratory coins in advance of the original departure date of October 31.

But the Brexit delay meant about a million coins had to be melted down and the metal put aside until a new exit date was confirmed.

The Chancellor has now unveiled coins bearing the inscription “Peace, prosperity and friendship with all nations” and the date of January 31.

He said: “Leaving the European Union is a turning point in our history and this coin marks the beginning of this new chapter.”

Mr Javid, who is Master of the Mint, was given the first batch of coins, and will present one to Prime Minister Boris Johnson this week.

As part of the launch of the coin, the Royal Mint will open its doors for 24 hours to let people strike their own commemorative Brexit coins.

The European Parliament is expected to vote to approve the Withdrawal Agreement on Wednesday, after the PM signed the treaty paving the way for the UK to leave on January 31.