Caroline Lucas accused the government of being "perfectly happy" for the price of the pandemic to be paid for by "some of the poorest people who are least able to do so". 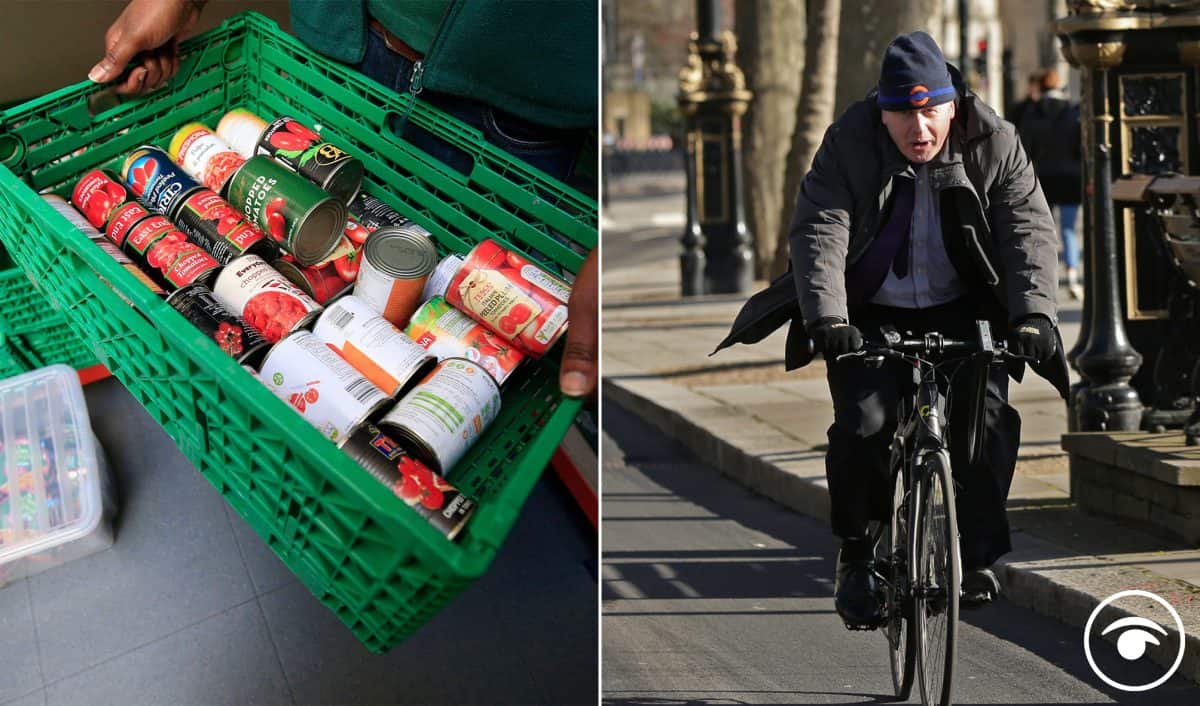 Boris Johnson has refused to guarantee that he will not end the £20 weekly rise in Universal Credit as senior backbench Conservatives threatened to rebel and back Labour in a vote. In response Green MP Caroline Lucas dubbed the Tories the ‘nasty party.’

The Prime Minister defended the extra support during the coronavirus pandemic but did not say whether the rise worth £1,000 a year to families would be extended beyond the end of March.

Mr Johnson was working to lessen the scale of a revolt when Labour uses an opposition day debate to force a vote calling on the Government to maintain the increase.

But former work and pensions secretary Stephen Crabb said he would rebel to back the opposition in the Commons on Monday, warning that ending the increase “will cause hardship to families”.

Sir Keir Starmer called Mr Johnson “pathetic” for telling Tories not to vote on the motion and said that “in their heart of hearts”, Conservative MPs would back Labour’s move.

Downing Street insisted no decision has been made on whether to keep or scrap the increase and said Chancellor Rishi Sunak will update the public on the Government’s plans “shortly”.

Mr Johnson repeatedly declined to state whether or not the increase will be extended when questioned during a visit to Oxfordshire.

“What we have said is we will put our arms around the whole of the country throughout the pandemic,” the Prime Minister told reporters.

“We have already done £280 billion worth of support and we will keep all measures under constant review.”

He added: “It’s the policy of the opposition to abolish Universal Credit altogether, which I don’t think is a sensible way forward.”

The Prime Minister was also facing pressure from the 65 Conservative MPs in the Northern Research Group (NRG), who said ending the increase would be “devastating”.

Mr Crabb said it will be the first time he rebels against the party whip.

“I just feel very, very strongly that the current Treasury plan, which is to withdraw that additional amount of money at the end of March, will cause hardship to families, there’s no question about that,” the Conservative MP told the BBC.

Robert Halfon, the Conservative who chairs the Commons Education Committee, said Universal Credit has been “invaluable for millions of people during the lockdown”.

But Labour leader Sir Keir told ITV’s Lorraine: “I actually think in their heart of hearts, quite a lot of Tory MPs know that cutting this money to people who desperately need it in the middle of a pandemic is the wrong thing to do, they know that, they probably want to vote with us but because of the tribal way we do politics, they can’t.

In a statement on behalf of the NRG, John Stevenson said the Universal Credit increase had been a “life-saver” for people through the pandemic.

“That is why the NRG are once again calling on the Chancellor to extend the Universal Credit uplift until restrictions are lifted, to ensure that individuals and families who have been worst affected by this pandemic are supported through our recovery with the security they need,” the Carlisle MP added.

The Government temporarily increased the benefit to help families through the Covid crisis, but the uplift is due to expire in April, potentially hitting the incomes of six million families.

The vote would not be binding on the Government, but is being forced by Labour to demonstrate the strength of feeling over the cut in the Commons.

The Prime Minister’s press secretary, Allegra Stratton, also accused Labour of pulling a “political stunt” and insisted no decision has been made on the Universal Credit raise.

“We haven’t made a decision,” she told reporters.

Ms Stratton added: “We know it runs out at the end of March, we know that households want to know what is coming next and he (Mr Sunak) is going to come forward with more information shortly.”

The Resolution Foundation warned that scrapping the £20-a-week uplift will lead to a particularly tough 2021 for low-income households, whose incomes could fall by 4%.

The think tank estimated that the withdrawal of the benefit increase would drive up relative poverty from 21% to 23% by 2024-25, pushing a further 730,000 children into poverty.

Karl Handscomb, senior economist at the Resolution Foundation, said: “Deciding if the £20-a-week uplift to Universal Credit should be extended will determine whether millions of households are able to enjoy any sort of living standards recovery next year.

“And looking further ahead, the decision on whether to keep the UC boost will help define whether this is to be a Parliament of ‘levelling up’ living standards, or pushing up poverty.”

Appearing on BBC 2’s Politics Live, Caroline Lucas the MP for Brighton Pavilion said: “This follows a whole series of catastrophes in terms of the way they’ve been dealing with some of the people who need the support the most and I’m thinking of the whole fiasco around free school meals.

“It does seem that they lurch from one crisis to the next. The narrative that is being written up, really, is that this is a nasty party again. That this is a party that is perfectly happy for the price of the Covid pandemic to be paid for by some of the poorest people who are least able to do so.”