"I did even once have a deep fried Mars bar which was absolutely delicious… and I’m glad to see that there’s something with which I agree with the Scottish National Party.” 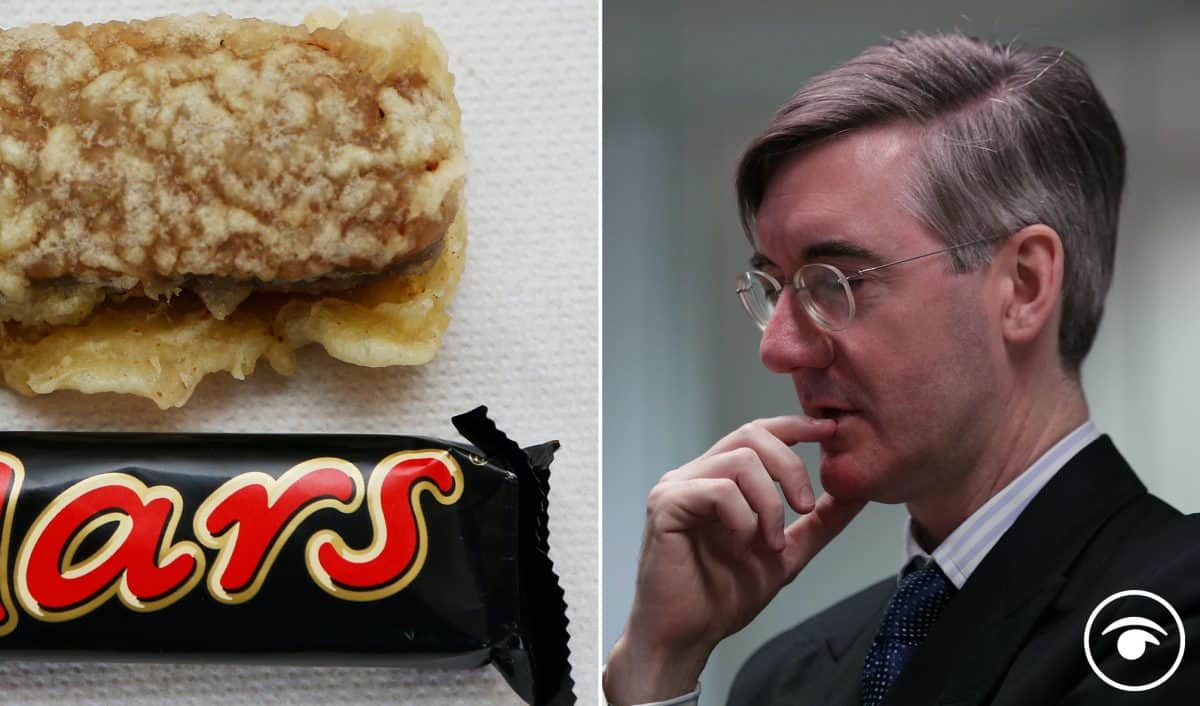 Jacob Rees-Mogg has said he once had a deep fried Mars bar and it was “delicious”.

The Commons Leader also confessed to MPs that he has a “predilection” for Creme Eggs.

“(Mr Rees-Mogg) once revealed to the House that he likes a good proper plain British banger,” said Mr Eastwood.

“However, proposals to restrict the online advertising of certain foods are currently under consultation.

“If accepted, they would ban farm shops, butchers and pubs from North East Somerset to Dewsbury advertising their delicious bangers on social media, local newspaper websites and even email newsletters.

“Given the pervasive impact of the proposals and the flimsy evidence base, will (Mr Rees-Mogg) commit to holding a debate before any proposals are taken forward?”

Mr Rees-Mogg responded: “In 2020 of all years, I think it’s right that we do all we can to support small businesses in our food and hospitality sectors.

“I must confess, I wouldn’t hold up my own diet as being a model for anybody else, child or otherwise. I have a predilection for Creme Eggs which is probably not to be encouraged.

“And I did even once have a deep fried Mars bar which was absolutely delicious… and I’m glad to see that there’s something with which I agree with the Scottish National Party.”

He continued: “Reducing obesity levels is a key priority of this Government and rightly so, bearing in mind the effects of obesity on Covid.

“And our ambition is to halve childhood obesity… however, I understand the (Department of Health and Social Care) and (the Department for Digital, Culture, Media and Sport) are currently running a consultation on how to proceed with their proposed policies on food advertising.

“And I would urge all honourable and right honourable members and indeed members of the public to respond. And (Mr Eastwood) might like to write in and remind people that a Mars a day helps you work, rest and play.”