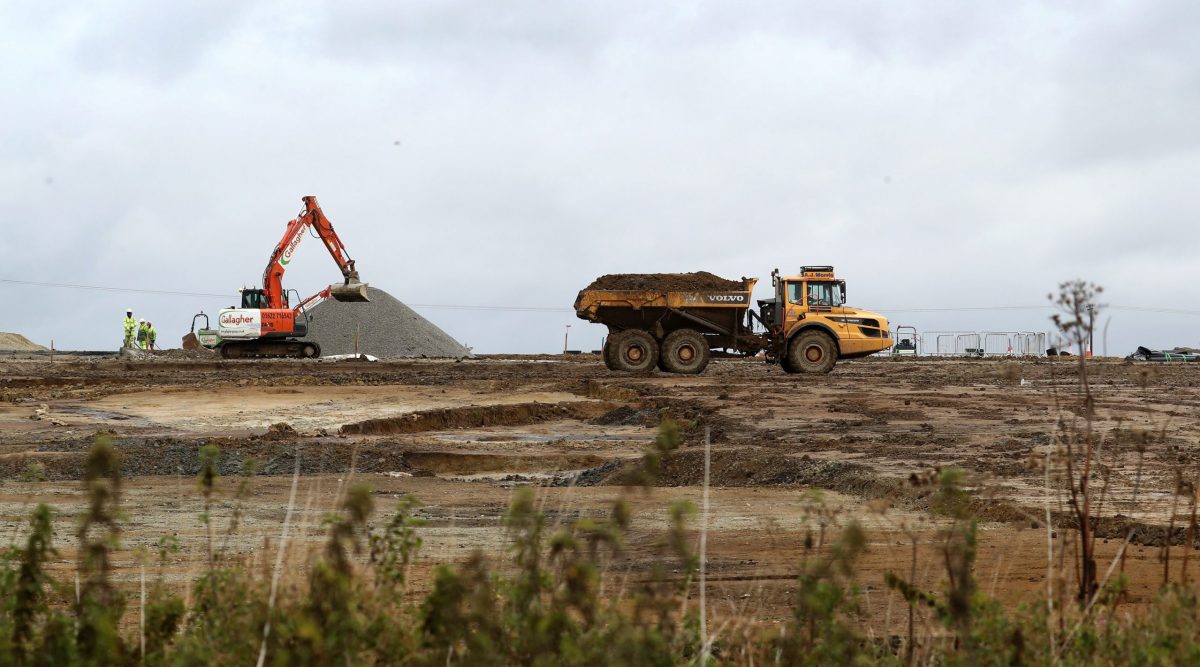 Nigel Farage is no stranger to a viral petition. Now a new one, spreading round social media like wildfire, aims to permanently associate Britain’s most prominent Brexiteer with one of the most scorned consequences of the UK’s departure from the EU.

Thousands have already signed a petition, set up yesterday, to name the huge post-Brexit lorry park in Ashford, Kent – which will soon be home to 1,700 long-haul vehicles to avoid queues down the M20 after the former Brexit Party leader.

But while the Government refers to it as an “inland border facility”, the online campaign prefers to describe it as a “diesel-soaked Valhalla”.

As the council gave the public the opportunity to name the lorry park, there were warnings that it “is not an opportunity for the Remainers to have a go at Brexit”. Remainers clearly did not agree.

Addressed to Kent County Council, the petition states: “It is fitting that every lorry driver, every commuter and every local resident has a chance to link this fine example of civil engineering to its true hero.”

It continues: “It maybe that Mr Farage will be unable or unwilling to attend the unveiling of this great honour that we do him but that shouldn’t get in the way of seeing his name and huge gurn plastered all over the boundary fence.”

The petition can be accessed here: https://www.change.org/p/kent-county-council-kent-lorry-park-to-be-named-after-nigel-farage