The last census shows there are only 92,028 residents living in the town! 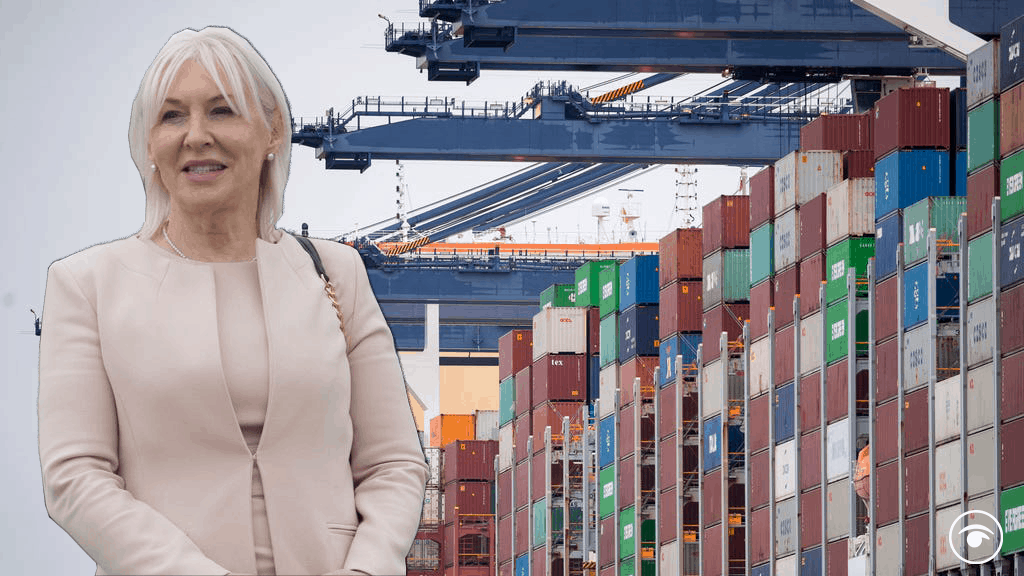 Nadine Dorries appeared to have got her numbers mixed up yesterday ahead of a crucial by-election in Hartlepool.

The health minister of state claimed Boris Johnson has delivered 180,000 well-paid jobs in the town thanks to Brexit trade deals and a new Freeport announced earlier this year.

But eagle-eyed Twitter users were quick to point out that the figure amounts to double the population of the town, which is home to just 92,028 residents according to the last census.

I live in Hartlepool. Where are the 180,000 well paid jobs exactly???? As that's twice the population of the town I have a sneaking fealing that I may have noticed that????

Dorries seemingly misquoted a Budget announcement by chancellor Rishi Sunak, which promised to deliver 18,000 jobs in the area when a new Freeport is set up.

It is also likely that the jobs will be spread across the wider Teesside area, rather than just in Hartlepool.

Goods that arrive into these destinations from abroad aren’t subject to the tax charges, called tariffs, that are normally paid to the government.

These taxes are only paid if the goods leave the freeport and are moved elsewhere in the UK. Otherwise, they are sent overseas without the charges being paid.

Needless to say, Dorries comments were quick to get the social media treatment. Here’s what people had to say:

This is an urgent call for people who would like to relocate to Hartlepool, where we have 180,000 jobs to fill and fewer than 60,000 people of working age. pic.twitter.com/Yy9HsF9tEi

With 92,000 residents, the Conservative party have secured almost two jobs for every person in Hartlepool.

Brainiac Nadine Dorries has conjured up 180,000 jobs in Hartlepool, a town with a population of 92,000. That's a very particular kind of special. Mind you, so's her spelling in her hashtags. pic.twitter.com/sPkhaG3bC3

The population of Hartlepool is under 100k imagine if Diane Abbott had posted this ?‍♂️? #HartlepoolByElection pic.twitter.com/BroMXBvyLU