"I tell you, it's an amazing modern marvel this technology these days!”, the former Chancellor of the Exchequer said. 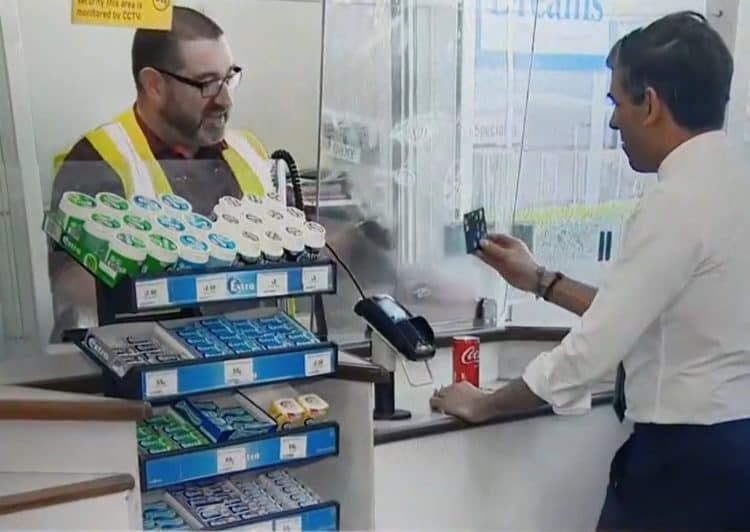 Multimillionaire Rishi Sunak had to be taught how to use the “contactless machine” – according to his own tongue-in-cheek confessions.

A viral clip of the out-of-touch Tory leadership hopeful was captured in March showing the then-chancellor struggling to buy a can of his beloved Coke at a petrol garage.

He has now admitted it was “the most embarrassing thing” that’s happened during his time in the role – and someone had to explain the technology to him afterwards.

“The most embarrassing thing that’s happened to me is I struggled to pay for the petrol in a car that wasn’t my own,” he told a Tory leadership hustings in Darlington.

“Right? So I think you all know about that, right?

“And since then someone’s taught me how to use that contactless machine.

“And I tell you, it’s an amazing modern marvel this technology these days!”

The gaffe happened during a photo opportunity in which he filled up a Kia Rio with his own money to advertise a 5p fuel duty cut.

Mr Sunak and his wife Akshata Murty are on the Sunday Times rich list – largely thanks to her £690 million stake in Infosys, founded by her father.

The couple applied for a new stone building on a paddock to house a gym, a 12-metre by 5-metre swimming pool, four showers and utilities and storage rooms.

It comes as the local public swimming baths face closure.

Related: Campaign launched to keep the lights on at Britain’s biggest food bank