Pete Wishart said the optics of "parading your MPs in front of the Covid bereaved" on the day that you received FPNs was "dreadful". 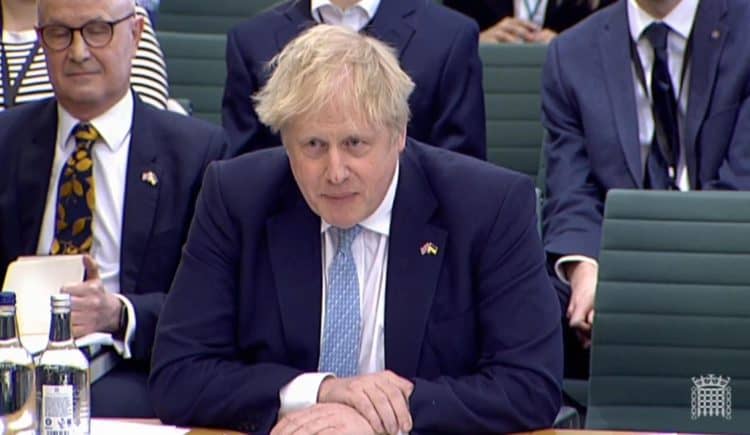 Boris Johnson refused to accept coronavirus lockdown laws were broken at the heart of his government despite the Metropolitan Police’s decision to issue 20 fines over rule-breaking parties.

The Prime Minister’s position puts him at odds with his deputy, Dominic Raab, who said the Met’s decision to start sending out fixed penalty notices (FPNs) meant it was clear that the law was breached.

Mr Johnson ducked questions about his own future as he was challenged by MPs about the partygate scandal.

An initial round of 20 FPNs have been issued as part of Scotland Yard’s investigation into a series of gatherings in 2020 and 2021.

At the Liaison Committee, SNP MP Pete Wishart asked Mr Johnson to accept “there has been criminality committed”, given Scotland Yard’s decision to issue FPNs.

The Prime Minister said: “I have been, I hope, very frank with the House about where I think we have gone wrong and the things that I regret, that I apologise for.

“But there is an ongoing investigation… I am going to camp pretty firmly on my position.”

He added: “I won’t give a running commentary on an ongoing investigation.”

Mr Johnson sidestepped questions about whether he would be “toast” if he was issued with an FPN or if he would resign if he broke the Ministerial Code.

“I think you’re just going to have to hold your horses and wait until the conclusion of the investigation when there will be a lot more clarity,” Mr Johnson said.