The PM tried to drum up support today as he moves to table legislation that could override parts of his lauded deal. 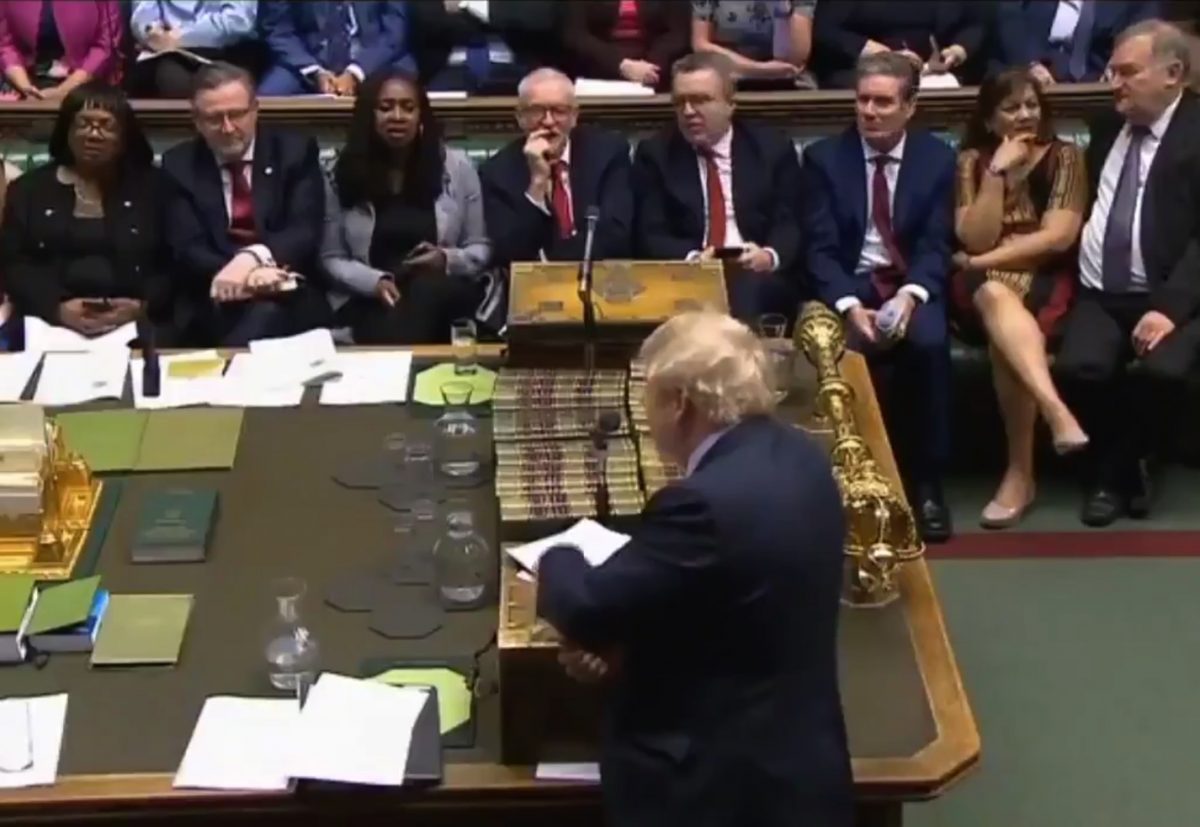 A montage of all the times Boris Johnson bigged-up his “fantastic deal” is making the rounds on social media following comments made by the PM in the Telegraph today.

Controversial legislation to override parts of the Brexit deal is needed to end EU threats to install a “blockade” in the Irish Sea, the Prime Minister has said.

He warned Brussels could “carve up our country” and “seriously endanger peace and stability” in Northern Ireland if Conservative MPs rebel to block his Bill, which has been described as “a huge act of self-harm” by former Prime Ministers.

Blockade parts of the UK

Writing in the Telegraph, Mr Johnson said: “We are now hearing that unless we agree to the EU’s terms, the EU will use an extreme interpretation of the Northern Ireland protocol to impose a full-scale trade border down the Irish sea.

“We are being told that the EU will not only impose tariffs on goods moving from Great Britain to Northern Ireland, but that they might actually stop the transport of food products from GB to NI.

“I have to say that we never seriously believed that the EU would be willing to use a Treaty, negotiated in good faith, to blockade one part of the UK, to cut it off; or that they would actually threaten to destroy the economic and territorial integrity of the UK.”

But last year, as a general election loomed, the Prime Minister went to great lengths to laud his deal with the EU.

This is the clip I’m sure he will want you to forget:

Michael Gove telling the @BBCBreakfast that the Withdrawal Agreement is flawed and 'threatens the integrity of the UK , why did they not play him or their audience some of the below………? pic.twitter.com/lbflAvxcK5