The Chancellor of the Duchy of Lancaster accused the party of putting ‘the smashing up of the United Kingdom ahead of anything else’. 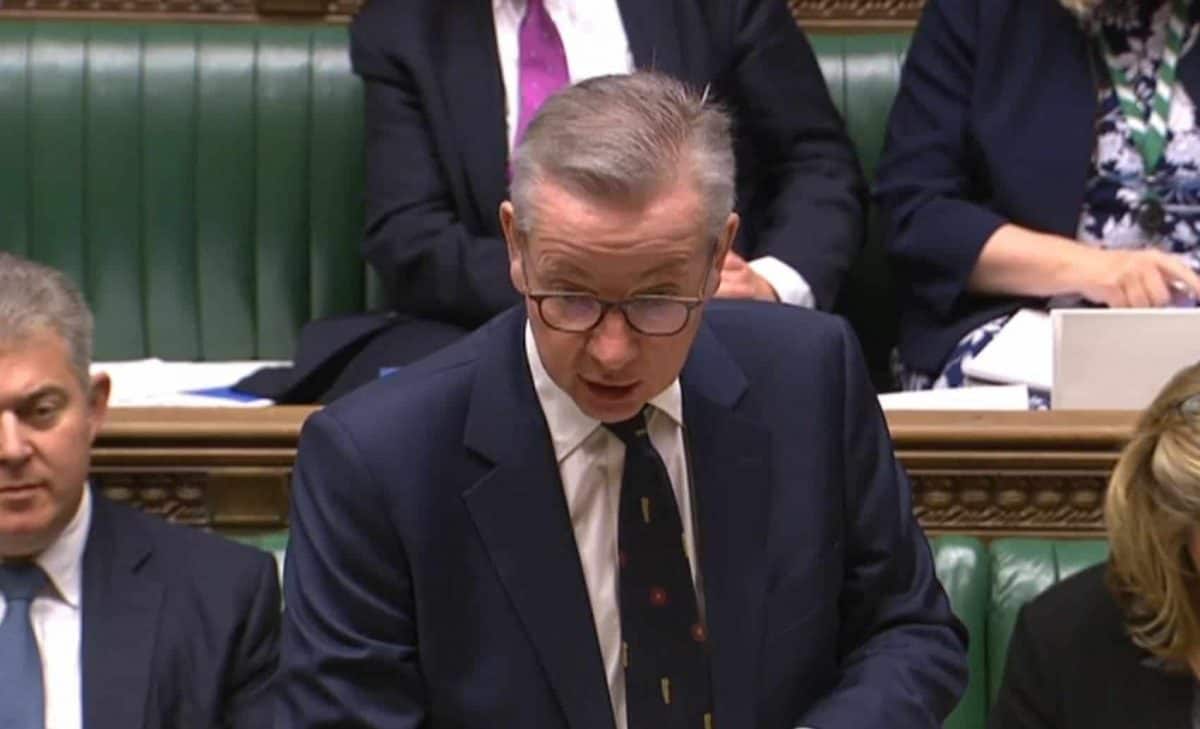 Cabinet Office Minister Michael Gove making a statement to MPs in the House of Commons, London, on the future relationship with the EU.

Michael Gove echoed Dad’s Army as he told the SNP “they don’t like it up ‘em” as he accused their MPs of being “nationalists” intent on “smashing up the United Kingdom”.

In a firey Commons exchange, the Chancellor of the Duchy of Lancaster who oversees the Cabinet Office, echoed the catchphrase of the character Lance Corporal Jones, played by the late Clive Dunn, and said “they don’t like it up ‘em,” when the party’s MPs objected to his characterisation.

Following a statement on the UK’s negotiating mandate with the EU, SNP Steven Bonnar MP (Coatbridge, Chryston and Bellshill) called for a second Scottish independence referendum.

He added: “Does he truly believe withholding the sovereign right of the Scottish people is a sustainable position going forward?”

He added: “They put the separation, the smashing up of the United Kingdom, ahead of anything else.

“Some of them are personally decent and kind people, but I’m afraid they’re nationalists.

“And the reason they object so much is that when the mask comes off – and we recognise the ideological heart of the SNP – they dinnae like it up ‘em.”